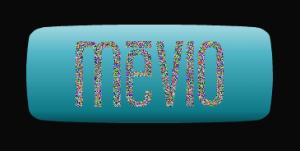 Mevio has shutdown and given the remaining podcasters on the service 10 days to move.

The Mevio.com site is already offline, and podcasters are scrambling to get new media hosting services setup, and their RSS feeds back under control. Podcasters on the service though have been holding their breath for a couple of years as the hand writing has been on the wall.

Mevio raised an incredible 38.9 million dollars and pissed it away, with an ill thought out content strategy. With that kind of money they could dominated the new media space, but like many startups they spent money money like a drunken sailor. The media creators that put their heart and soul into a network are now on the street, the Mevio model locked many into multi-year contracts to only kick them to the floor later. Mevio’s relationship with podcasters was always one of contention, their where those that were in and those that were out.

The only smart one in that bunch was Adam Curry as he removed himself from the operation a number of years ago so much for their mevio motto and dream of quitting your day job.

In an email to podcasters, Mevio basically told them you have to the 18th to get your media, rss & meta data out. Several blog posts from podcasters express dismay on what has transpired and they are very angry. I am not surprised as this seems to be the attitude of a lot of content creators they react instead of having a plan its not like they did not know that the mevio bus was almost out of gas.

The author of this post has advocated strongly for the past 10 years, own your brand, control your rss feed, and “never” allow a third party to control ones show destiny. This is further evidence that podcasters should look closely at who they work with, where the company originates, and to the best of their ability determine the financial stability of the company. Because companies are not obligated to continue money losing services year after year.

Public companies have obligations to shareholders to make money and lot of it. Venture supported companies have obligations to those that fund them to build a big business and if that does not happen like Mevio they pull the plug. Way to many podcasters host their media and shows with companies they know nothing about! Mevio is the 3rd or 4th company to leave podcasters hanging, and likely will not be the last.

14 thoughts on “Mevio Pulls the Plug!”