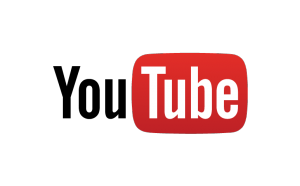 Did you know that YouTube provided RSS feeds for all of the site’s users? It wasn’t a highly promoted feature but it was there. In fact, I used it and found it to be a handy way to follow my channel subscriptions without having to log in to the YouTube dashboard for updates. But YouTube users’ RSS feeds are no more. The Google-owned video giant has shut them down in the latest version of its API.

Of course, YouTube RSS feeds never worked like podcast RSS feeds. You couldn’t actually download media thru them. And while many podcasters use YouTube to supplement their main shows, this RSS issue isn’t likely to affect them directly. If anything, it’ll have the most impact on creators who are only distributing their shows via YouTube. Regardless, I can’t help but wonder, given Google’s unpredictable history when it comes to RSS support, is this another nail in the coffin for FeedBurner?

Like YouTube, FeedBurner is also owned by Google. But unlike YouTube, Google has pretty much abandoned FeedBurner. Yet, many podcasters still rely on FeedBurner to handle the RSS feeds for their shows. And anytime I see that, I worry a little bit for those shows.

On one hand, I understand why podcasters still flock to FeedBurner. At its core, it’s a handy service with some decent features. I even used it myself for some of my early podcasts, back when there weren’t many dedicated podcasting tools to speak of. On the other hand,  it’s not 2005 anymore. I wouldn’t use FeedBurner now and I wouldn’t recommend it to anyone who’s starting a new podcast. It’s risky enough using a third-party service to handle your RSS feed. It seems even riskier to use a service that’s been severely neglected by its owner, especially when that owner hasn’t had a good track record of supporting RSS.

For everyone out there still using the service, I hope it’s meeting your needs and that it continues to do so for a long time to come. But as more time passes, it seems like Google is separating itself from RSS entirely. And that can’t be good for FeedBurner’s future.