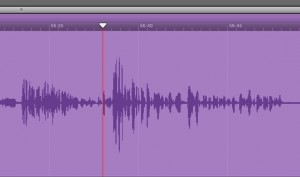 There are plenty of women who host, and co-host, podcasts. I’ve been involved in podcasting since 2005, which means I have more experience in it than a lot of people. When I started, it was undoubtedly a “man’s world”. Today, that is starting to change, but not without some backlash from men who simply don’t want to share the spotlight with women.

I think it’s safe to say that everyone who has ever done a podcast has received at least a few negative comments. There is a difference between the types of negative comments that male podcasters receive and the types that female podcasters receive. Men might get called an “idiot” because a listener disagreed with their opinion about something they discussed on their latest episode.

Women, on the other hand, are getting negative comments not about what they said – but about the woman’s voice. An article written by Senior Women’s Editor of the Huffington Post, Emma Gray, and Books and Culture Writer for the Huffington Post, Claire Fallon, discusses this. The article is titled: “Want a Lesson In How People Judge Women’s Voices? Start a Podcast”.

Emma Gray and Claire Fallon started a podcast about Season 11 of The Bachelorette TV show. It is a new podcast that has about 10 episodes (including the series preview episode). “We knew we would have some haters– as women who write for a living on the Internet, we’re no strangers to the backlash ladies who deign to have opinions tend to receive – but we weren’t prepared for how much of the critique we received would be centered around one thing: our voices.”

They got comments from men, via Twitter, in which they were told they said “like” too often. They were told that they sounded “immature” for using that word so often, and that it made them appear less intelligent. These kinds of comments have absolutely nothing to do with the content of their show. It is not a critique of the topics they chose or the opinions they shared. These comments are about the way women speak.

Women who podcast should not have to change the pitch of their voice, alter their normal speech pattern, or count how many times they have said “like”, or “just”, or “sorry” while they were recording a podcast. Doing so will not suddenly make a guy who felt the need to leave a nasty comment about the quality of a woman’s voice turn into a fan of that podcast. Don’t change yourself in the hopes of appeasing a hater.

I think the reason why this is happening has to do with power. Guys that pick apart women’s voices are trying to make that woman shut up. Those guys are realizing that women are part of the podcasting world – and growing in number – and they are flat out terrified about it. Keep on podcasting, ladies. Don’t let the bullies bar you from the treehouse. You have every right to be there.

One thought on “Nobody Should Care How Often You Say “Like””