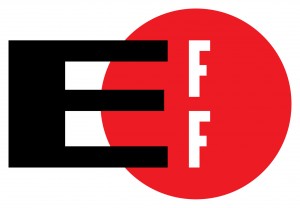 For years, podcasters have mostly slipped under the radar of major media companies. But with the recent rise in awareness of podcasting, this is starting to change. It seems that, more and more, I’m seeing reports of podcasters whose episodes are being removed from the Internet in response to DMCA takedown requests, usually because a rights holder believes those podcast episodes are infringing on their copyrighted material.

Of course, not every DMCA takedown request is valid. But due to the lack of a robust appeals process in DMCA law, content producers who’ve fallen victim to a bad claim have little recourse to overturn the takedown. But a recent court ruling may give a small edge to content creators who believe their work is protected under Fair Use law.

Earlier this week, a tribunal of judges made a ruling in a case that’s been working its way thru the courts since 2007. In this case, Universal Music Group issued a copyright takedown claim on a YouTube video featuring a baby dancing to a Prince song. The Electronic Frontier Foundation took up the case and in turn sued Universal, saying that the media company’s takedown practice actually violated the rules of the DMCA.

In its final opinion, the court decided that Universal hadn’t properly considered the rules of Fair Use law before issuing the takedown request. In the ruling, the judges stated that copyright owners will need to consider Fair Use before they send a takedown request. A new trial will now go forward to determine if Universal knowingly misrepresented its “good faith” belief that the YouTube video was infringing its copyright.

Overall, this ruling probably doesn’t seem like a huge victory for content creators. It’s certainly not going to change the way takedown requests are handled in the short term. But anything that can be done to strengthen the appeals process for those who receive these takedown notices is a good thing.