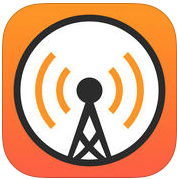 When Marco Arment released the first version of his podcast-consumption app, Overcast, it worked on a freemium model where users could pay a one-time fee of $4.99 to unlock all of the app’s features. Today, Arment announced the release of Overcast 2.0. This version will be completely free, with all features immediately available to all users.

Arment explained the reasons for this change on his website:

Overcast 1.0 locked the best features behind an in-app purchase, which about 20% of customers bought. This made enough money, but it had a huge downside:

80% of my customers were using an inferior app. The limited, locked version of Overcast without the purchase sure wasn’t the version I used, it wasn’t a great experience, and it wasn’t my best work.

With Overcast 2.0, I’ve changed that by unlocking everything, for everyone, for free. I’d rather have you using Overcast for free than not using it at all, and I want everyone to be using the good version of Overcast.

Arment is now asking Overcast users to instead sign up for a voluntary monthly subscription to help cover the costs of upkeep and development:

If you can pay, I’m trying to make up the revenue difference by offering a simple $1 monthly patronage. It’s completely optional, it doesn’t get you any additional features, and it doesn’t even auto-renew — it’s just a direct way to support Overcast’s ongoing development and hosting without having to make the app terrible for 80% of its users.

If only 5% of customers become monthly patrons, Overcast will match its previous revenue.

The Overcast developer may offer special incentives for subscribers in the future. For now, he’s seeing these voluntary subscriptions as a true “patronage model,” where users are paying for the app itself and its continued development.

Overcast is available as a free download from the App Store.