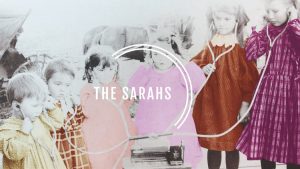 This is the Second Annual Sarah Awards. The winners have been listed in alphabetical order. The entries highlighted the variety of radio dramas made in the year since the previous Sarah Awards took place. They included psychological thrillers, to musicals, to pieces that blended fact and fiction.

Who won what will be announced at their 2017 Sarah Awards Ceremony which will take place at the Jerome L. Greene Space on March 28, 2017. You can buy tickets now. The event will feature performances by Welcome to Night Vale, the Sugartone Brassband, and others.

The 2017 Sarah Awards Winners are:

Sarah Lawerence College has provided a description of each of the winning entries on their website. They also included a link to where you can listen to each one.