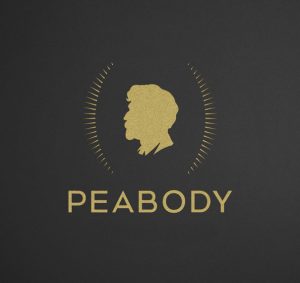 You know podcasting has truly arrived when a prestigious organization like the Peabody Awards is nominating podcasts to its slate of 2017 finalists. In fact, there’s an entire awards category called Radio/Podcast. (Maybe in the future, Podcast will become liberated from that other, older medium it’s currently sharing the category with. OK, enough editorializing for now.) The Peabodies don’t give awards only to shows themselves in the Radio/Podcast category (example: This American Life, Yeast Radio, etc.). Instead, awards are given for individual pieces created by radio and podcast producers.

Here’s the Peabody Awards slate of nominees for the 2017 Radio/Podcast category:

“A Life Sentence: Victims, Offenders, Justice, and My Mother” Transom.org
One woman’s exploration of a violent crime that resonated throughout political and correctional systems.

“Homecoming” Gimlet Media
A story centered around a caseworker at an experimental facility, her ambitious supervisor, and a soldier eager to rejoin civilian life.

“How to Be a Girl” Marlo Mack, in partnership with KUOW Seattle
An attempt to make sense of the unanticipated parenting challenge of raising a transgender child.

“In The Dark” APM Reports
An investigation into the investigation of a kidnapping victim reveals a larger story about a systemic failure of law enforcement agencies nationwide.

“The Heart: Silent Evidence Series” The Heart
A journalist and documentarian grapples with being sexually abused and chooses to break her silence.

“This American Life: Anatomy of Doubt” This American Life, PBC in collaboration with The Marshall Project and ProPublica (Multiple stations/platforms)
A story that deconstructs skepticism in a rape victim’s case and how it spread.

“Unprisoned” WWNO and AIR
Based in New Orleans, stories behind families, communities and notions of justice in the age of mass incarceration.

“Wells Fargo Hurts Whistleblowers” (NPR)
On the heels of one of the biggest banking scandals in U.S. history, former Wells Fargo workers describe a boiler-room sales culture that pervaded bank branches across the country.

Find out who the big winners will be when the 76th annual Peabody Awards happen on May 20, 2017 in New York.