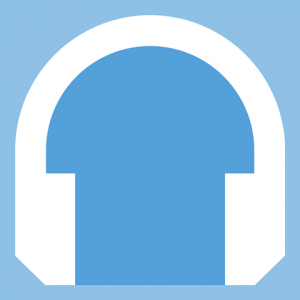 The Scottish Audio Cooperative is an audio production and training organization based in Ayr, Scotland. They run weekly workshops in audio production, ranging from podcasts to field recording for screen. The cooperative was formed in early 2007.

The summer workshops begin on Wednesday, July 5, 2017. Every workshop will be repeated on the following Monday. The Scottish Audio Cooperative offers additional skills workshops on a Sunday afternoon for a more advanced look into your area of interest.

Your first workshop is free to attend (and you can pay if you like it). Every following workshop is charged at their standard membership rate of £4 waged, £2 unwaged.

The upcoming summer Wednesday workshops include a total of 8 workshops, done in 8 weeks. The Sunday workshops also are offered once a week for 8 weeks. Those who want more information can contact the Scottish Audio Cooperative on Facebook or Twitter. Visit their website to find out about future workshops.

The Scottish Audio Cooperative includes independent producers who look for a way to collaborate on work and engage with the local community. They are:

Kathleen Kidd, who has a BA in Broadcast Production. Her podcast, A Night of Horrors, won second place in the 2016 Amateur Podcast Championships.

Robert Ruthven, who has a BA in Broadcast Production. He started audio production with Sticklebacks Radio, an internet radio program he still occasionally produces with his brother Angus.

Sadie Woods, who has a BA in Broadcast Production. She was an assistant producer on series 2 of the award winning podcast A Night of Horrors.

Michelle Dowd, who has worked at BBC Radio Ulster as an Apprentice Content Assistant.

Clair Love, who found the Scottish Audio Cooperative to be a fantastic place to build herself up again after having to leave her job. She has learned how to produce and edit her own content on a range of editing suites, and is learning script writing.

Lauren Fraser, who has a BA(Hons) in Broadcast Production specializing in radio. Since then, she has been working on various audio pieces.

Andrew Jones, who is a freelance Actor & Technician who is looking to branch out into Voice Acting. He has developed skills in broadcasting and post production.