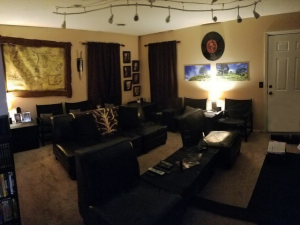 This month marks a year since I lost my Pop, Fred Wilkerson. It was only 10 days before his 75th Birthday and while I’ve missed him ever since, I’ve always been very transparent with my Dad and hence – we left nothing unsaid. I recommend it. One of the things he and I talked about all the way up until he was gone, which I finally adopted hard-core, was the utilization of smartspeakers/devices – in particular, the Echo line of devices from Amazon.

First it was him calling me at least twice a week to tell me the new commands he’d researched over the last week for his “Alexa.” Then it was the amount of “tasks” and “shopping lists” that they were being kept simply by mentioning something while inside his kitchen, office or workshop. It was finally the realization of the vast majority of his voice-recognition dreams that propelled him through every incarnation of STAR TREK. Walk right in. Talk right up. Get the information you don’t have now, from a kind voice that provides exactly what you ask for. 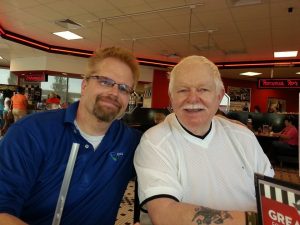 While I didn’t latch on until about 5 months before he died, when I did, it was with both feet. I started with a portable unit – The Echo Tap, that originally didn’t have the availability of a activate word, but had a button on top that you would “tap” (hence the name) to activate, speak what you wanted or were looking for and it would convey information. The value of this one was that it was rechargeable and wireless. From there I got two standard Echo units (second generation) to propel my two retail-based Podcast Studios. They made for perfect support agents for when research was needed, or for down times when it was time to jam to great tunes or listen to the newsy goings-on via a variety of news outlets.

A Home is Where the SmartSpeaker is… 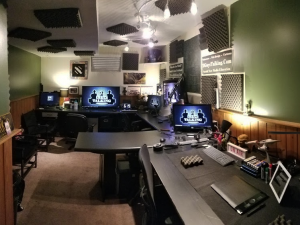 Then came my dance with home automation. The lights were next. We wired (with, no wires ironically) my home studio and home theater rooms. Then came the FireTV add-on elements that allowed me to walk into my theater and say, “Alexa, let’s watch The Punisher on Netflix”, and have the lights dim, the TV come on, and align all the right digital planets to convey the angry barbs, bullets and bravado of one Frank Castle. A like request for Infinity War has become a favored Saturday work time advent regardless of my location.

Next was the Master Bedroom (another standard second generation Echo unit) which is the daily conveyor of “My Morning Playlist” that sets the tone for my day, and allows my daughter to connect with me via intercom-like tech, who also now has her Grandpa’s first generation Echo in her room – custom wrapped literally watching over her as she sings along with Katy Perry, Maroon 5 and the entire soundtrack series landscape of artists on the Toy Story 1, 2 and 3. Then our Kitchen – which features the newest second generation Dot unit, that offers comparatively exquisite sound that’s just right for a room where sizzling omelettes and the perfect Freddie Mercury sound-a-like create a regular stage for an invisible and dazzled audience. 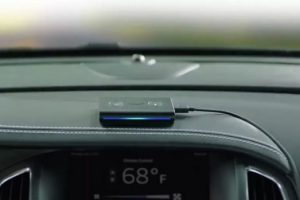 A notification message, sent to me late last year, provided me with a vision of what’s to come. While the Alexa app has been living on my phone (another something that my Pop foresaw years ago) It’s the literal, mobile connectivity that will be arriving, at a very special price for early-adopters later this year. An Echo device for your CAR is what’s on the way next. One of the last things I remember he and I talking about was that you “can’t take things with you.” Well, in this case – you can, Pop. You. Can.

I’ll have a follow up note about the auto-based Echo unit when it arrives and will enjoy making it another connection to information, details and connectivity that we’ve really never had before. For Podcasters? It’s the next evolution of what we’ll need to pack the punch that radio has had since inception.

Are you utilizing smartspeakers/devices regularly? Have you notice focused growth inside any of the platforms that cater to smartspeaker-centric offerings? Tell me which one and what you use it for inside the comments section below!