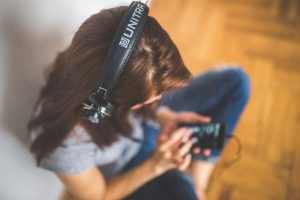 Spotify has created new user guidelines that will go into effect on March 1, 2019. It is always a good idea to read over user guidelines when you start using a new service, or when the service updates its rules. One thing to be aware of is that Spotify does not want you to use ad blockers.

Breaking this rule (or any others) may result in immediate termination or suspension of your Spotify Account. In addition, Spotify “may reclaim your username for any reason.”

As you may have heard, Spotify recently acquired Gimlet Media and Anchor. One can safely assume that the podcasts that are on Spotify will include ads.

Fast Company reported that the use of ad blockers has “annoyed” Spotify for a long time. In March of 2018, Spotify disclosed “instances of approximately two million users as of December 31, 2017” who had been “suppressing advertisements without payment”. In short, this means plenty of people who had a free Spotify account used ad blockers to avoid having to listen to advertisements.

Variety reported in March of 2018 that Spotify was disabling the accounts of users who used unauthorized third-party apps that bypassed the limits of the free Spotify account. It sounds to me like these users basically “hacked” the paid version.

It is possible that Spotify’s crackdown on ad blockers could influence some users to pay for Spotify’s ad-free service. People who love Spotify might decide it is time to pay for the ad-free subscription. Those who cannot afford to buy a Spotify subscription, and who want to use an ad blocker, might start listening to music on YouTube instead.