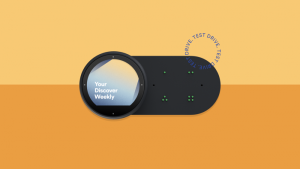 Spotify created something called “Car Thing”. The purpose of Car Thing is to help Spotify learn more about people’s listening habits and preferences for the purpose of creating an unparalleled experience for Spotify users.

As you may know, Spotify acquired Gimlet Media and Anchor earlier this year. The move positioned Spotify as a premier producer of podcasts, and the leading platform for podcast creators.

Spotify points out that Americans spend 70 billion hours behind the wheel each year. That’s a lot of time spent on the road listening to podcasts and music. Car Thing is a device that Spotify will use in a test.

Here is what to know about Spotify’s test: