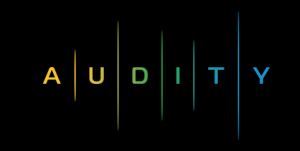 Audity, the audio company under the Asylum Entertainment Group (AEG) banner, announced a production partnership with Spotify, the world’s leading audio subscription streaming platform, as well as the appointment of veteran executive Frank Hajdu as Executive Vice President of Audity.

Under the deal, Audity will produce podcasts and audio-forward content across all scripted and unscripted genres for Spotify’s global audience. Launched last year, Audity is dedicated to cultivating communities where passionate storytellers can connect their voices, perspectives and stories directly to their followers and the broader audio universe.

In his new role, Hajdu will be responsible for building the company’s slate, business operations, and key partnerships, while also working with Asylum video producers to upstream select audio IP for television and film. An audio and digital veteran, Hajdu was previously Executive Vice President of Operations for Legendary Digital Networks where he oversaw The Nerdist Podcast Network (NPN), a roster of 40+ podcasts that collectively saw 10-12 million monthly streams.

Among the list of podcasts and talent NPN included The Nerdist Podcast with Chris Hardwick, You Made It Weird with Pete Holmes, and The Indoor Kids with Kumali Nanjiani and Emily Gordon. Additionally, he executed video distribution partnerships with Amazon, Facebook, Pluto TV and VRV. Prior, he served as Vice President of Business Development for MySpace Music and A&R at Warner Music Group.

“We are thrilled to be partnering with Audity and AEG to bring their podcasts and projects to Spotify’s global audience around the world,” said Liz Gateley, Head of Creative Development, Spotify Studios. “We are already advancing some truly unique projects with Audity across a variety of genres and verticals.”