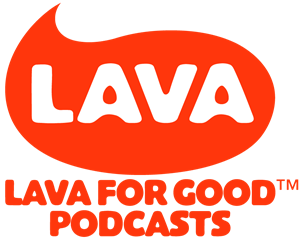 After a landmark year in which social justice reform became more urgent and topical than ever, Lava for Good Podcasts – the company whose hit Wrongful Conviction series brings light to the wrongful incarceration of innocent people – has joined forces with the top content network and podcast listening service Stitcher. Under the new arrangement, the Wrongful Conviction series and Lava for Good Podcasts’ upcoming slate of new criminal justice-focused podcasts will be available through Stitcher on all major podcast platforms.

“We’re excited to work with Stitcher and our sponsors to bring even more exposure to these compelling stories and our powerful new series at a time when more and more people across the political spectrum are drawn to join the quest for equal justice,” said Jason Flom, founder and CEO of Lava Media and longtime criminal justice advocate.

Lava for Good Podcasts chart-topping Wrongful Conviction podcasts includes a lineup of hit shows. Wrongful Conviction with Jason Flom has featured Brendan Dassey, Amanda Knox, and others who have spent years behind bars – and even on death row – for crimes they didn’t commit. Wrongful Conviction: False Confessions, hosted by famed attorneys Laura Nirider and Steve Drizin of the Netflix phenomenon Making a Murderer, brings the audience into back alleys and interrogation rooms to witness the psychological tactics that have been used by law enforcement to coerce false confessions from innocent people. Meanwhile, in Wrongful Conviction: Junk Science, revered defense attorney and Innocence Project Ambassador Josh Dubin explores how crime lab forensics like bite mark evidence, blood spatter, and ballistics can go horribly wrong, landing innocent people behind bars.

Lava for Good Podcasts’ mission is to entertain while also inspiring and creating profound social impact, and the Wrongful Conviction podcasts have become a valuable resource for lawyers, advocates, and the wrongfully imprisoned themselves. Its series’ hosts have been featured as leading champions of justice by The Joe Rogan Experience, NPR, Dr. Phil, and The Jordan Harbinger Show. Rolling Stone credited Rodney Reed’s appearance in the series with “helping to foment a media outcry that included Kim Kardashian, Rihanna, Dr. Phil, and Beyoncé” in the week before he was scheduled to be put to death. Three million people signed a petition for Reed’s release, and his execution was stayed just five days before it was set to take place.

Lava for Good Podcasts’ slate will expand with several new series in 2021, including a deep dive into the unique challenges faced by incarcerated minors and an investigative series focused on tracking down the actual perpetrators who escape justice when innocent people are convicted.

“Lava for Good Podcasts and the Wrongful Conviction series tell stories that aren’t just good, but that change lives in the process,” says Dan Osit, Stitcher’s Chief Operating Officer. ”It’s our pleasure to support that kind of impact and help bring Lava’s gripping podcasts to a larger audience.”