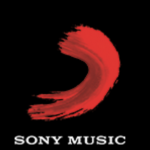 Sony Music Entertainment (SME) announced its initial ad-free podcast channel offerings available with the launch of Apple Podcast Subscriptions beginning today. With shows from its podcast partners all around the world and across all genres, the first SME subscription channels will offer listeners a range of ad-free listening experiences and exclusive bonus content.

Ad-free channels will include shows from SME production partners Neon Hum Media, Somthin’ Else, Three Uncanny Four and Campside Media. Additional pricing and free trial information is available for each channel at their respective links below.

Broken: Uninterrupted: Investigative Reporter Julie K. Brown exposed Jeffrey Epstein’s crimes to the world. Now his survivors are fighting for the truth. This season, host Tara Palmeri follows the women who are making their own justice.

Chameleon: Uninterrupted: Deceit, scandal, lies – it’s Las Vegas. It’s the FBI sting you have to hear to believe. Chameleon is back for a second season and this time there’s even more scandal and deceit. From Campfire Media comes the story of a two-year FBI undercover investigation the went bust.

Cheat! PLUS: Hosted by storyteller Azlo Slade, Cheat! tells the stories behind some of the biggest scandals in contemporary history and the flawed protagonists at their heart: controversial and contentious figures from the world of pop culture, business, sport, music, politics. Why do people cheat? Is it ever justifiable? And most importantly are cheats – these people we think of as the dregs of society – actually not so different from ourselves?

David Tennant Does a Podcast With… EXTRA: David Tennant, start of Doctor Who, Good Omens and Broadchurch, gets talking with the biggest names from TV, movies, comedy, and elsewhere. Featuring superstar names like Olivia Coleman, James Cordon and Whoopi Goldberg.

Death at the Wing Plus: Hosted by Adam McCay, Death at the Wing examines the shocking number of promising basketball stars who lost their lives in the 80s and early 90s. At the dawn of the 1980s, the world was moving faster, the media was growing bigger, and greed was finally good. For the NBA, it was a chance to finally step into the spotlight. But all that wealth and stardom came at a deep cost.