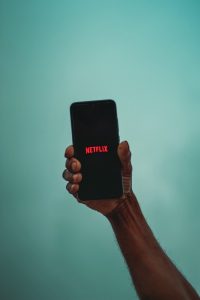 “I’m thrilled to join @netflix as the Head of Podcasts. 16 years ago, I watched three DVDs from Netflix a day while working the late night lab shift at a university. My obsession for storytelling has taken me all kinds of places, but this is truly a dream!”, Eaton tweeted on July 8, 2021.

Eaton is joining Netflix as director of podcast programming, according to a spokesperson, Variety reported. She will be part of the company’s editorial and publishing team, which will be headed by Michelle Lee, former editor in chief of Allure who is joining the company this month. Lee reports to Netflix CMO Bozoma Saint John, the marketing veteran whose past stints include Apple Music, Endeavor, and Uber hired by Netflix a year ago.

Netflix has produced podcasts that are promo companions for its original TV series and movies. Netflix produced podcasts for Martin Scorsese’s film “The Irishman”, TV shows including “The Crown,” “The Witcher,” “Shadow and Bone,” and “Stranger Things,” as well as “Netflix Is a Daily Joke,” a short-form podcast that is literally a joke (or comedy bit) each day.

Prior to Apple, Eaton worked at NPR for four years, most recently as senior manager of program acquisitions. At NPR, she sourced new talent, partnerships, and content including “Believed” (a Peabody Award winner), “White Lies,” (a Pulitzer Prize finalist), and “No Compromise,” an investigative podcast about gun rights activists (which won the 2021 Pulitzer for audio reporting.)