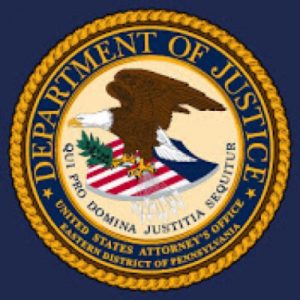 The United States Attorney’s Office Eastern District of Pennsylvania posted a release titled: “Lehigh County Father and Son Charged with Unlawful Possession of More Than a Dozen Machine Guns and Nearly as Many Silencers”. This was in regards to the Alt-Right Armory Podcast host and his father. The release was posted on February 10, 2022.

According to the release:

The Indictment alleges that the defendant illegally possessed 13 fully automatic machine guns and 12 firearm silencers. According to court documents, law enforcement agents with Customs and Border Protection intercepted three firearms silencers that were illegally imported into the United States in packages addressed to the defendants at their shared residence. Investigators then obtained a search warrant for the home and recovered from the basement the 12 firearms suppressors/silencers and 13 fully automatic machine guns that are listed in the Indictment. The machine guns included 11 rifles and 2 submachine guns.

According to court documents, Investigators also uncovered evidence that the firearms found in the Berger home were originally sold and purchased as semi-automatic firearms, which were then manually converted into unregistered, fully automatic machine guns…

…If convicted, the defendants face a maximum possible sentence of 30 years in prison, 3 years of supervised release, a $270,000 fine, and a $300 special assessment…

The New York Times reported that the man who hosted the Alt-Right Armory podcast (Joseph Paul Berger) described it as “the alt-right’s favorite firearms-related podcast.” He used the name “GlockDoctor1488” and discussed topics like how to use 3-D printers to make “ghost guns”, or firearms that are assembled from kits and do not carry serial numbers, according to the prosecutors.

According to The New York Times, a magistrate judge granted the prosecutors’ motion to keep the younger Mr. Berger detained. The judge released the elder Mr. Berger on $25,000 bail. If convicted, they face up to 30 years in prison, prosecutors said.