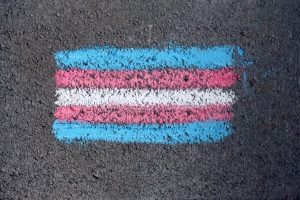 We are a group of audio professionals who condemn the nomination of the podcast series ‘Nolan Investigates: Stonewall’ in two categories for the Radio Academy ARIAS 2022: The Creative Innovation award and The Impact award.

‘Nolan Investigates: Stonewall’ perpetuates a narrative that creating a safe world for trans people is a divisive issue. The series contributes at length to a harmful moral panic surrounding trans people in the UK today.

Celebrating this podcast as a nominee in the ARIAS 2022 runs contrary to the values of the Radio Academy as a charitable organization with responsibilities to all people who are protected under the Equality Act 2010, and to the criteria listed in both the award categories.

On 21st April 2022 we addressed a letter, signed by 166 audio professionals from across the industry, to the Radio Academy, to privately raise our concerns and question the nominations. We received a response 28th of April, which did not adequately answer any of our questions. We subsequently met with representatives of the Radio Academy, and whole we are glad to be in dialogue with the organization, that meeting did not result in any concrete action to rectify the pressing issue of what we consider to be an openly transphobic podcast being celebrated as a nominee at the ARIAS 2022.

The Radio Academy’s position is that they cannot rescind the nominations for the podcast, despite hearing our deep concerns about the harmful nature of the series.

We believe it is impossible for the Radio Academy to be an organization which credibly stands for the safety and inclusion of trans people – within our industry and society at large – while standing by the choice to uplift and celebrate ‘Nolan Investigates: Stonewall’ at the ARIAS ceremony this evening.

We ask that the Radio Academy and ARIAS reconsider their position and rectify the harm these nominations have caused, by removing the podcast from the ARIAS 2022, and by publicly acknowledging the very real impact that reporting of this nature has on trans lives.

We remain committed to working with the Radio Academy to improve the nomination criteria and judging process for future awards, and do more beyond the awards to support the representation and protection of those marginalized and minority identities in our industry.

However, we must publicly address our colleagues and peers in the audio industry, to raise awareness of the damage being done to trans people, and our audio community in general, by this podcast being celebrated at the ARIAS awards ceremony this evening.

We invite colleagues in the audio industry to share this statement, and to join us in asking the Radio Academy to take action in line with their stated commitment “to making broadcasting a more tolerant and diverse place for LGBT+ workers.”

Trans rights are human rights. The lives of trans people are not up for debate.