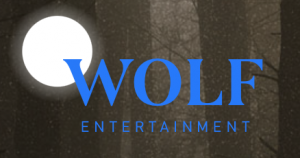 In this newly-created role, Stephen will be instrumental in expanding Wolf Entertainment’s podcasting business while managing day-to-day operations and development across a growing slate of original fiction and true-crime audio series. He will be based out of the company’s Los Angeles offices.

“Stephen’s addition to the Wolf Entertainment team reflects our commitment to exceptional audio storytelling. We are thrilled to continue expanding the Wolf brand in podcasting and pushing the boundaries of the medium. Stephen’s success as a producer, creative, and executive will undoubtedly help us do so,” Elliot Wolf said.

During his time at Gunpowder & Sky, Stephen built the Company’s audio division from the ground up, shaping the strategy and creative vision while leading day-to-day development and production activities. He launched and executive produced that science fiction podcast DUST, which was a globally-successful series that reached the top of the podcast charts. He also recently served as Executive Producer of several Audible Original podcast, including Ghetto Gastro Presents: In the Cut, Shelved, and Lighters in the Sky.

Before his time with Gunpowder & Sky, Stephen was a producer for Gizmodo Media Group, creating content across their numerous sites, including Gizmodo, Earther, The Root, Deadpan and more. Prior to that, Stephen served as producer for Fusion Media Group and an executive producer at Bare Knuckle Media.