At first look, the DASH Conference might look like an event devoted mostly to broadcast media. But the conference has been busy adding names from the digital side of the media fence. Recently, DASH announced it would be bringing Adam Carolla, PodcastOne CEO Norm Pattiz, and iHeartMedia CEO Bob Pittman to its upcoming conference.

This year’s DASH Conference is billed as “DASH 3.0: Radio & The Connected Car – A Survival Guide For Broadcasters.” The list of topics is heavily geared towards the changing nature of mobile media consumption with a focus on the connected car.

Some presentations that’ll take place during the DASH Conference include:

The 2015 DASH Conference will be held on November 4-5, 2015, at the Westin Hotel at Detroit’s Metropolitan Airport. Registration is currently open. 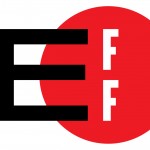 After a 45-day gag order required him to not speak about the settlement of the infamous podcast-patent troll lawsuit, Adam Carolla was finally able to discuss the matter on his show. Carolla, along with his usual cohosts and special guest legal counsel Mike August went over some details of the case. Here are some highlights:

Carolla wrapped up the discussion by saying, “I think we’ve struck a nice blow for podcasters. I think the water shall be safe, whether it’s this company, Personal Audio, or other companies that come after that. Which is really that… This is not the ATM that you guys think it is… Go sue somebody else.”

You can download or stream the entire episode thru the link at the top of this article (the lawsuit discussion starts at about 14:53). Keep in mind that The Adam Carolla Show does carry an explicit tag for colorful language.

I guess it’s always good when podcasting gets some exposure from sources outside of the echo chambers that usually cover podcasting news. But it can be a mixed bag when those sources step in and cover our beloved medium. Sure, this coverage brings new eyes (and new ears!) to podcasting, and potentially to our shows. But the focus of the coverage can be shallow, usually sticking to firebrand topics like money and famous people.

An article was recently published by The Washington Post titled Podcasts are back – and making money. Nothing gets a mainstream publication more excited about podcasting than mentioning the fact that big-name celebrities are now podcasters and the Post article name drops its fair share (Adam Carolla, Snooki, Steve Austin, more). But the real lede the article wants to drive home is that, as the title suggests, podcasts are back! And they’re MAKING MONEY! I bet most people who read Podcaster News probably feel like podcasting never left. And most of us know that while it is possible to make money in podcasting, it’s really not that simple. The article cites statistics like the number of iTunes podcast subscriptions in 2013 (over 1 billion!) and that PodcastOne sells “millions of dollars” worth of ads thru its podcast network. I’m sure these big numbers will help to make a good impression on those who are just learning about podcasting for the first time. But they’re more the exception than the rule.

END_OF_DOCUMENT_TOKEN_TO_BE_REPLACED

According to the Electronic Frontier Foundation’s Deep Links blog, Adam Carolla has settled with Personal Audio over the podcasting patent case they brought last year.

“Big news from Texas: Adam Carolla has settled with the podcasting patent troll Personal Audio. Although the settlement is confidential, we can guess the terms. This is because Personal Audio sent out a press release last month saying it was willing to walk away from its suit with Carolla. So we can assume that Carolla did not pay Personal Audio a penny. We can also assume that, in exchange, Carolla has given up the opportunity to challenge the patent and the chance to get his attorney’s fees.”

I’m sure we’ll be hearing more about this soon.