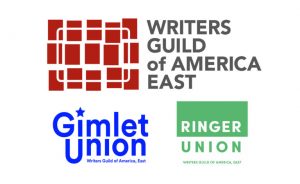 Gizmodo reported that Gimlet Media is facing a class-action lawsuit for failing to make its podcast accessible to the deaf and hard of hearing. The complaint was filed in New York. Plaintiff Kahlimah Jones argues that Gimlet violates the Americans with Disabilities Act (ADA) by failing to provide closed captioning on various podcasts.

The lawsuit, posted on Scribd, is called: Kahlimah Jones, individually situated and as the representative of a class of similarly situated persons vs Gimlet Media Inc. It was filed in the United States District Court Eastern District of New York.

The lawsuit also claims that by failing to make the website accessible to deaf and hard-of-hearing persons, Gimlet Media is violating basic equal access requirements both under state and federal law. It notes the Americans with Disabilities Act (ADA) which was designed to eliminate discrimination against individuals with disabilities.

Gizmodo reported that courts haven’t come to a consensus about how the ADA applies to the web. They aren’t sure if a website for a private company constitutes a place of public accommodations and therefore needs to remove barriers to entry, in the same way we expect physical stores to accommodate for wheelchairs.

Spotify acquired Gimlet Media in 2019. To me, it seems possible that the outcome of this lawsuit could also affect the podcasts on Spotify, as well as Anchor (which Spotify also acquired in 2019).

Gimlet Academy is a new five-episode series from podcast pioneer Alex Blumberg, and Spotify for Podcasters, that teaches the craft of audio story-telling.

While many people have tried their hand at creating a podcast, most have found it’s not as simple as it seems, especially when it comes to making a hit. “People misunderstand how much time and work it takes to make something that will hold an audience’s attention,” says Alex Blumberg, co-founder of Spotify-owned Gimlet Media, an influential leader in podcasting.

That’s what led him to create a special podcast for Gimlet employees about the secrets to making a great show. Now, for the first time, those secrets are being made public in the new podcast Gimlet Academy, – hosted by Blumberg and released in partnership with Spotify for Podcasters – that explores how to make compelling audio stories.

Personally, I think its a great idea to offer information like this to brand new podcasters who want to make a story-driven podcast of their own. To my surprise, it does not appear that a Spotify subscription is required in order to access this content. As a test, I clicked on the first episode, on the Spotify website that talks about Gimlet Academy, and it played – even though I do not have a Spofify subscription. There are five episodes to listen to.

Making sure that content that explains how to make podcasts that tell a story easily accessible to those who are brand new to podcasting, or who want to switch to audio storytelling, is fantastic! This is a great way to encourage people to share their stories and learn new podcasting skills.

Gimlet Media is seeking an Associate Producer for their Scripted Fiction Department. The department develops and creates new and original series. It is described as “a highly collaborative group of producers, sound designers, and engineers.” The position is a full-time role, based in Gimlet Media’s Brooklyn, New York, office.

We’re looking for a creative, self-motivated Associate Producer to help develop and produce original fiction shows for Gimlet Media. We’re looking for candidates who come from a TV or film background and are particularly familiar with show production. This person has a commitment to excellence, can give and receive constructive feedback, and is a team player. Above all, this person is genuinely excited about the challenge of making new shows from the ground up, from pre-production through post-production, and developing their career in audio with a team geared toward fast growth.

Those who would like more information about this position, or who want to apply for it, should visit the Gimlet Media website where the want-ad is located.

Gimlet Media is looking for an experienced producer to join the team at Every Little Thing. It is a full-time job based in their Brooklyn, New York, office.

Gimlet Media tells stories through audio. Our roster of podcasts includes critically-acclaimed shows like Reply All, StartUp, Crimetown, Homecoming, and The Nod. We have top editorial, sales, and business teams that work together to create experiences that help listeners better understand each other and the world around them. We are looking for ambitious, curious, talented, and kind people to join our team.

Every Little Thing is a podcast that answers your burning questions. Some examples of questions include: ARRRR pirate peg legs really a thing? Who invented the Cha Cha Slide? How old is Winnie the Pooh?

The person selected for the role of Producer will be involved in every stage in making Every Little Thing stories come to life – from selecting listener questions, to booking guests, writing scripts and creating assemblies. The ideal candidate has a journalism background, experience identifying and booking the best guests, and an ear for a good story.

For more details about what the Producer will do, and what Gimlet Media is looking for in an applicant, please visit the website where the job is posted. You can apply for the job from that website.

Gimlet Media and the Wall Street Journal want to create a news podcast. They are seeking a Podcast Producer. The deadline to submit a cover letter and resume is March 8, 2019.

Gimlet and the Wall Street Journal are teaming up to launch a new daily podcast this Spring. The show will take listeners behind the biggest news stories of the day. We will explain how business drives the day’s headlines, and how the Wall Street Journal’s deeply-reported stories shape the landscape. We will make business news relatable, and we’ll reveal how business and finance are behind some of the biggest events happening around us.

The Podcast Producer will: 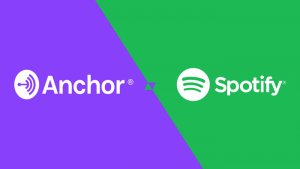 The Wall Street Journal and Gimlet Media are seeking an executive producer to develop, launch, and oversee production of a daily podcast. This is a hands-on role based in New York.

There aren’t too many specific details about what the new podcast will be. It does not appear to have a name yet. The job description says:

This new daily podcast will bring the Journal’s strongest reporting to our ambitious audience each day, sharing deep insights, context, analysis and storytelling from the Journal’s well-sourced reporters and editors in a format that is best suited for audio. We will draw from the Journal’s unparalleled business reporting and global news operation, plus Gimlet’s audio expertise to create this new show.

The executive producer will report to the Global Head of Video at The Wall Street Journal. Top candidates for this position will demonstrate excellent journalistic instincts and creative production and team-management skills.

They are looking for an editorial leader with a proactive and entrepreneurial spirit who wants to help shape the creative vision of an ambitious new show. The ideal candidate loves to tell stories, to innovate and problem-solve, and has a proven track record for developing and launching audio content.

Those who would like to know more details should visit the job description. It includes a long list of primary responsibilities of the Executive Producer, a list of key candidate requirements, and information on how to apply.

Gimlet Media announced that they have appointed Jenny Wall as the company’s first Chief Marketing Officer. In this newly created role, Wall will oversee all marketing and audience growth efforts at the company.

Prior to joining Gimlet, Jenny Wall was SVP, Head of Marketing, at Hulu where she oversaw all marketing, promotion, and creative for the company during a pivotal growth period. Wall will be based at Gimlet’s Brooklyn headquarters.

During her tenure at Hulu, Wall oversaw the launches of the company’s most high-profile Original Programming to date: The Mindy Project, Difficult People, the Golden Globe-nominated Casual, and the Emmy Award and Golden Globe Award-winning series, The Handmaid’s Tale.

“Jenny brings over two decades of entertainment marketing experience, with a proven track record for sparking cultural moments through stories that matter, from House of Cards to The Handmaid’s Tale,” said Matt Lieber, Co-founder and President, Gimlet. “She has worked to elevate the most significant new platforms in entertainment — HBO, Netflix, Hulu — and I can’t wait to see how her innovative, risk-taking approach will advance our growth in this new world of audio. I couldn’t be more thrilled to have Jenny onboard as Gimlet enters a pivotal, exciting phase for the company and audio industry at large.”

“I’ve been fortunate to work at some of the biggest innovators in entertainment and media, which is a big reason why I was so drawn to Gimlet — the company that is redefining what the future of audio can be,” said Wall. “I am passionate about entertainment and storytelling, and Gimlet is creating a new kind of media company, at the forefront of where this industry is going. We are creating shows that enrich people’s lives, and I’m excited to bring that experience to many more people.”