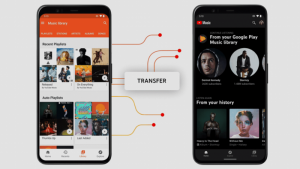 When Google announced it would be bringing podcasts to its Google Play Music app, many hailed this as the arrival of podcasting in the Googlesphere (including the Android and Google Home operating systems), likening it to the support Apple has provided for podcasting thru its desktop iTunes application and iOS Podcasts app. At the time, it felt like Google’s aversion to supporting podcasts had truly come to an end, and that having podcasts available thru the Google Play Music app would cause a massive stream of new listeners to come flooding into the podcasting space. But podcasting’s entry into Google Play Music came off with more of a whimper than a bang. Since then, very little has happened with podcasting and Google.

A recent teardown of the APK (Android application package) for the beta version of Google app 7.3 uncovered code within the app that appears to provide one-click style subscriptions to users of the app:

Last year, Google took a (half-hearted) stab at supporting podcasts with the Play Music app. The same day, in a much less expected move, it also became possible to listen to individual episodes right from a Google search. Fast forward several months and Google Assistant also gained the ability to play podcasts, which turned out to be a fairly natural feature for Google Home.

While Play Music allows users to subscribe to podcasts, listening to one through Google Search or Assistant meant asking for shows by name, and may also require a specific episode number if you want to hear anything but the most recent recording. Now it looks like Google is going to close that gap with built-in podcast subscriptions.

By all appearances, podcast subscriptions will be accessible in Google Assistant settings and will likely be treated much like subscriptions to news sources. The one obvious difference is that Google will track which episodes have been played so you won’t miss any or have to listen to repeats.

It’s unclear if this new functionality will automatically sync with users’ current Google Play Music libraries, or if it’ll be completely separate from that service. Regardless, it’s good to see some progress being made by Google in terms of podcast consumption.

It’s been almost six months since Google announced it would be adding podcasts to its Google Play Music service. Since then, a limited number of podcasts have trickled out thru the platform. It now appears that Google will officially launch the podcasting side of Google Play Music on Monday, April 18th. The launch date was discovered as part of an internal NPR e-mail that was leaked to the public. The date hasn’t been confirmed by Google representatives.

Google will launch podcasts on Android and other platforms next Monday, April 18, inside of Google Play Music, a streaming service similar to Apple Music. Please note: this information is embargoed and should not be shared or promoted externally until Monday. NPR has worked with Google to ensure that public radio is represented in the Google Play environment.

Given NPR’s monolithic presence in the podcast space, it seems logical that the organization would want to be prepared for the launch of a new platform carrying its programs. That gives some legitimacy to the nature of the e-mail. Considering how cagey Google has been about its entrance into podcasting, it’s hard to say what this information will mean for all podcasters.

If you haven’t yet submitted your own podcast to the Google Play Music directory, you can do so here.

Over the past few weeks, there has been some speculation about when Google Play would officially announce their Google Play Music Podcast feature. DroidLife posted a blog on February 2, 2016, with an unofficial announcement from Bill Simmons, who tweeted: “FYI – the BS podcast will be available on Google Play when GP launches its podcast platform later this month.” That tweet was soon deleted, but you can still see a screenshot of it on DroidLife.

The podcast section of Google Play Music is said to look very much the same as the rest of the app. Shows are arranged in a card-like interface (with artwork and detailed descriptions available). Some users are able to play the most recent episode of a podcast, and have been given the option to subscribe to it. The interface also enables people to skip ahead, or skip back, 30 seconds.

It has also been reported that there is a search bar at the top of the app, but it is currently not something that can be used to search only for podcasts. The REM thinks the feature will come to “just podcasts” when the service has been launched for the public at large.

If you are an Android user, it is possible that you can now play (at least some) podcasts on your device. It is also possible that this new addition hasn’t been rolled out to you just yet. The update is expected to reach all users by the end of February. Perhaps Google will make an official announcement about it when it is ready to launch the podcast option on all devices.