Lore ran for two seasons; the Vahalla Entertainment and Propagate Content series is based on Aaron Mahnke’s popular 2015-launched podcast. Falling under the Amazon Originals’ unscripted division, Lore included a mix of reenactment animation, narration, and historical documents and footage to shine a light on the true store of the modern vampire legend and more.

On July 28, 2019, the Lore podcast tweeted: “Yes, Amazon finally announced they aren’t picking up the Lore tv show for a 3rd season – and yes, that’s sad. But we were blessed with two seasons of great stories. I’m grateful for my first foray into the world of making television. But trust me…it won’t be my last.”

This was followed by a second tweet: “And obviously, the podcast keeps trucking on without a hiccup, because a podcast can’t be canceled by someone who doesn’t own or control it. It’s just the tv show that’s going away. So…keep downloading this podcast, and I’ll keep telling you stories!”

I chose to put the logo of the Lore podcast into this blog because the podcast is ongoing. The most recent episode of the Lore podcast, at the time I am writing this blog post) was released on July 22, 2019. It is episode number 119, and is titled “Evolution”. The first and second seasons of the Lore TV show appear to still be available to those who have an Amazon Prime account.

Some podcasts are adapted and turned into books. Others become scripted TV shows. Aaron Mahnke’s popular Lore podcast has already achieved both those milestones.

Now, it’s doing something that no other podcast has done. Its become a haunted house! Fans of the podcast, and people who simply love scary haunted houses, can buy tickets now.

This is more than a typical haunted house. Lore: A Haunting Experience is a truly unique interactive experience that brings to life the Amazon Prime Exclusive Lore TV show (which is scheduled to release on Friday, October 13, 2017). The haunted house is from Just Fix It Productions, the creative minds behind Creep LA and The Willows.

Upon entering Creep LA: Lore, handlers will guide groups of eight brave souls inside this imagined universe where groups travel through a fully engaging, multi-sensory, 1-hour walk-thru experience within a dynamic and diverse environment of moody rooms, intimate encounters, and terrifying scenarios.

Lore: A Haunting Experience will take place at Magic Box LA, in downtown Los Angles, California. The first event will be on October 5th, and more will take place through November 12th. Tickets are available now. At the time I am writing this blog, it looks like there are plenty of tickets still available. 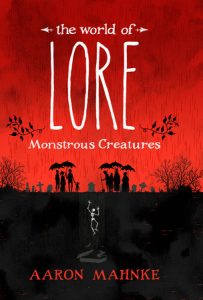 Podcast Movement 2016 will take place in Chicago, Illinois, on July 6-8, 2016. The event is for anyone who is interested in podcasting. Seasoned podcasters and those who are considering getting into podcasting for the very first time are welcome. There will be plenty of speakers to listen to – and more have just been added.

Attendees of Podcast Movement 2016 will have the opportunity to participate in their choice of over 75 breakout sessions and panels, including sessions on the Technical Track, Creators Track, Business Track, Industry Track, and more. Keynote speakers will kick off and close out each day.

Podcast Movement 2016 recently announced that two of the world’s best story-telling podcasters will be at the event. Glynn Washington is the host and executive producer of Snap Judgment (which is part of WNYC Studios). The podcast is described as “Storytelling, with a BEAT”. It dares listeners to see the world through the eyes of another.

Aaron Manke is the creator, writer, and producer of the hit podcast Lore. It is an award-winning, critically acclaimed podcast about true life scary stories. Each episode of Lore looks into a uniquely scary tale and uncovers the truth behind it. Aaron Manke is also the author of a number of supernatural thrillers, including Indian Summer, Consumed, and Grave Suspicion.

In addition to these two amazing storytellers, Podcast Movement 2016 has also announced that Dan Miller will be there. He is an author, magazine contributor, and host of the 48 Days podcast. Dan Miller specializes in creative thinking for increased personal and business success.