Conan O’Brien, former long-time host of “Late Night” and presenter of “The Tonight Show”, has a brand new podcast. It is coming to both Earwolf and Midroll on November 19, 2018. The podcast is called Conan O’Brien Needs a Friend.

After 25 years at the Late Night desk, Conan realized that the only people at his holiday party are the men and women who work for him. Over the years and despite thousands of interviews, Conan has never made a real and lasting friendship with any of his celebrity guests. So, he started a podcast to do just that. Deeper, unboundedly playful, and free from FCC regulations, Conan O’Brien Needs a Friend is a weekly opportunity for Conan to hang out with the people he enjoys most and perhaps find some real friendships along the way.

The Conan O’Brien Needs a Friend podcast is by Earwolf and Team Coco. Midroll is currently seeking those who would like Conan O’Brien to talk up their brand.

The Paris Review is a venerated literary magazine, which introduced the world to famous writers like Jack Kerouac, Philip Roth, and more. The Paris Review Podcast is a brand new Stitcher podcast, with ads available exclusively through Midroll.

The podcast is hosted by The Paris Review editor, Lorin Stein, and Brendan Francis Newman, who is known for his hosting duties of The Dinner Party Download. Midroll points out that The Paris Review has over 910,000 Twitter followers, and one million monthly pageviews. It is obviously popular, and, in my opinion, podcasts that originate from a source that already has a lot of popularity tend to attract a large audience.

StarTalk Playing with Science is hosted by comedian Chuck Nice and sportscaster and professional soccer player Gary O’Reilly. The podcast is described as “where geeks and jocks collide.” Each episode investigates one incredible moment in the history of sports, bringing together scientists, product designers, coaches, pundits and professional athletes to use science to shine a light on just what made it so great.

Episodes include an explanation of the technology that helped Jamaican sprinter Usain Bolt become the fastest human ever, and the physics behind NBA player Steph Curry’s 40-foot-set-shot. Other upcoming guests include world-class athletes such as Lance Armstrong, Hope Solo, and Odell Beckham Jr.

StarTalk Playing with Science is produced in partnership with Midroll and Stitcher. The podcast is available on iTunes, Google Play, and SoundCloud. Shows will be available to watch ad free on Amazon Fire TV, Apple TV, and Roku for subscribers to StarTalk All-Access. 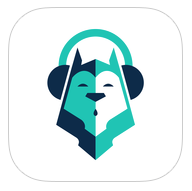 “…Midroll Media, LLC, built from the merger of Earwolf Media, LLC, the pioneering comedy podcast network, and The Mid Roll podcast advertising network. The new company offers a 360-degree suite of production, distribution, and monetization services to artists, entertainers and thought leaders. Advertisers benefit from access to the talented hosts of more than 120 shows and their engaged audiences totaling more than 15 million downloads a month, using the industry’s first user-focused, self-service platform.”

The statement also notes that both Earwolf and Midroll have been successful, bootstrapped companies, and that the people behind both organizations believe podcasting is about to see a surge in growth, thanks to emerging technologies such as the connected car. More from the Midroll blog:

“Earwolf productions consistently rank amongst the top 20 podcasts in the iTunes chart, and are critical favorites. Rolling Stone recently named 4 Earwolf shows in its ’20 Best Comedy Podcasts Right Now’ feature, including ‘How Did This Get Made’ with actor/comedian Paul Scheer and ‘Comedy Bang! Bang!,’ Earwolf’s first podcast, hosted by company co-founder Scott Aukerman. ‘Comedy Bang! Bang!’ was turned into a popular IFC television series now in its third season.”