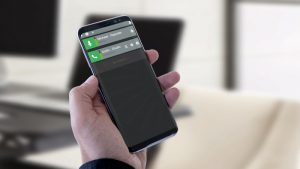 Podcast Movement 2019 will take place from August 13 – 16 in Orlando, Florida. The conference schedule has been released. It features over 100 keynote lectures, breakout sessions, and panel discussions.

I recommend you visit the Podcast Movement 2019 website and scroll through the multitude of keynote lectures, breakout sessions, and panel discussions that will happen during Podcast Movement 2019. Several things will be going on at the same time, so you may want to plan ahead. You cannot be everywhere at once, after all.

In addition, there is an Expo Hall that will open up for several hours each day during Podcast Movement 2019. In general, the Expo Hall portion of conferences tend to have vendors selling items and services that are relevant to the main topic of the event. There’s no way to know what you will find in there unless you go in and wander around.

Podcast Movement subscribes to the mindset that we will always attempt to do for some what we wish we could do for everyone. We have a track record of going the extra mile to help podcasters that are serious about attending Podcast Movement to be able to afford to attend the conference.

The scholarship is for a “Standard Plus” pass to Podcast Movement 2019 in Orlando, Florida, from August 13 through August 16. It does not include hotel or transportation, and the pass is not transferable.

Who is eligible? Brand new, or yet-to-launch, podcasters who love podcasting, appreciate the community, and have never been to Podcast Movement before. You must also be an active member of the Podcast Movement Community Facebook group.

Who is not eligible? The scholarships are for podcasters who have never attended a Podcast Movement before, have not yet signed up for PM19, and are not in a position to attend the conference without assistance.

Those who fit those criteria can fill out an online application by Friday, June 14, 2019. Podcast Movement will announce the recipients of the June 19 edition of the newsletter and in their Facebook group.

Podcast Movement is excited to announce that we will be in Orlando, FL for 2019, at the beautiful Rosen Shingle Creek Resort! Orlando has a lot of hotel and resort options, but we picked this particular venue for a special reason. Yes, the location is fantastic. Yes, the amenities are highly rated.

Registration for PM19 is now open to the public, at prices lower than they will ever be again. If you make your plans now, you could get a standard registration for only $219. The prices will continue to go up, so Podcast Movement 2019 strongly encourages you not to wait any longer than necessary to lock in your registration.