I really believed after last week, there wouldn’t be any more Podcast Movement announcements to cover. But that changed today when the conference announced that keynote speaker Glenn Beck is stepping down due to illness and is being replaced by WTF host Marc Maron.

Marc Maron began his career as a standup comedian. He also hosted a show on the Air America radio network. He started the WTF podcast in 2009. The show has acquired a large and loyal fanbase due to Maron’s candid interviews with professional comedians and other celebrities. WTF also made major headlines last month when Maron interviewed President Barack Obama.

Podcast Movement has definitely been on a roll this year and bringing in Marc Maron as a last-minute replacement for Glenn Beck is sure to make a lot of podcasters happy. Tickets for the conference are still available and in honor of today’s news, Podcast Movement is offering a special $100 discount by using the code MARON100 at checkout.

I thought last week’s announcement of speakers and panelists for this year’s Podcast Movement conference was going to be the last one. But I was proven wrong as a brand new list was dropped earlier today. Here’s the latest round of names you may see if you make it to Dallas/Fort Worth this year:

Podcast Movement has also released the official schedule for the event. Conference goers can use this handy page to break down the conference by day, time and type of event. There’s even an option to create a personalized “custom schedule” to ensure attendees will get to the things they’d like to see most.

Podcast Movement, the podcasting conference that’ll take place in Dallas on the weekend of July 31, has been using a “slow drip” strategy in terms of announcing the event’s panelists and speakers. Four more speakers were announced last week using this method. But this week, that drip has turned into a flood with the release of twelve more names of speakers. Here’s the complete list of recent announcements:

We’ll continue to post updates about Podcast Movement as more information comes in. Registration for the conference is open now. 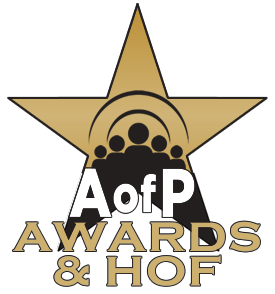 Podcast Movement is gearing up for its next go around, which will take place during the weekend of July 31st in Texas. Today, the conference announced that it’s added four new speakers to its lineup. Principal among them is Dan Benjamin, founder of the popular 5by5 podcasting network.

Benjamin began his technology career as a programmer and in 2006, he began podcasting on the side. After a few years of building successful shows and a loyal audience, he launched the 5by5 network and took to podcasting full-time. In 2014, Benjamin launched The Podcast Method, a website and podcast devoted to the craft of podcast production. Not stopping there, Dan also launched the Dan Benjamin Hour earlier this year. That show is described as, “…a live daily talk show exploring the latest in geek and pop culture, technology, gear, and entertainment, catching emerging stories before they become headlines and skirting the mainstream with wide-ranging topics, unorthodox opinions, an offbeat in-studio crew, an expansive guest list, and calls from live listeners.”

Along with Benjamin, three other speakers were also announced:

The founders of Podcast Movement have been busy organizing regional podcasting conferences all over the U.S. Their next event is called Podcast New England and it takes place in Boston on Saturday, June 13, 2015. From the Podcast New England website:

…Podcast New England is a one-day conference bringing together a limited number of people who are looking to learn, grow, and network with other podcasters.
This event will be for both new and veteran podcasters alike, as we will present a unique group of speakers who will discuss a wide range of topics…

Podcast New England is a one-day event but it still boasts a healthy lineup of presentations. While keynote speakers are still TBA, there will be six “talks” presented during the conference, each one lasting for about 45 minutes. There will also be the usual lunch break at the midday point and a networking opportunity after the closing keynote.

“Early bird” tickets are available now thru May 30th for $49 each. After that, ticket costs go up to $69 until the day of the conference, when they’ll go up to $99. Podcast New England will be held at the BCA (Boston Center for the Arts) Plaza Theatre located at 539 Tremont Street.

For more information on Podcast New England, hit the website link at the top of this post.

Earlier this week, Podcast Movement, the podcasting conference that’ll be held in Dallas/Fort Worth, TX from July 31st to August 2nd, announced that it has added Glenn Beck to its list of speakers. Beck is best known for his roles as a conservative talk radio and TV show host. But in recent years, he’s had notable success as a digital media producer, primarily thru The Blaze.

Podcast Movement gave no specifics as to why the conference chose to bring Beck on board. Presumably, it’s because of his growing profile in the new media space. Regardless, like him or hate him, Beck is a true “mainstream” media figure that’ll likely bring some extra notoriety to the event.

It’s worth noting that, along with Beck, Podcast Movement has also booked Sarah Koenig, creator of Serial, as a speaker. And while we can hope that the conference won’t be defined solely in terms of political left-right balance, it’s good to know that Podcast Movement has some diversity in its speaker lineup.

There’s no question that Glenn Beck is a polarizing figure. I’ve already seen multiple comments from people in various podcast-centric forums stating that they won’t attend Podcast Movement due to Beck’s involvement. It’s a somewhat risky move on behalf of the conference, which is only in its second year. Time will tell if this move pans out for Podcast Movement in terms of increased visibility and attendance.

You may have heard about the upcoming podcasting events that will take place in 2015. I wanted to take a moment to highlight the women in podcasting who will be hosting or speaking at these events. It is nice to see women who podcast in prominent roles at events that are focused on podcasting.

The 10th Annual Podcast Awards event will take place on April 13 – 16 of 2015 at the Las Vegas Convention Center in Las Vegas, Nevada, during the New Media Expo. Emily Morse, who started her Sex With Emily podcast in 2005, will be one of the hosts of the event. She is a sex and relationship expert who earned her Doctor of Human Sexuality from the Institute for the Advanced Study of Human Sexuality in San Francisco. She received her BA in Psychology from University of Michigan.

Sarah Koenig will be the Closing Keynote Speaker at Podcast Movement 2015. Sarah Koenig is the host of the very popular Serial podcast which debuted in October of 2014. The second season of Serial will appear sometime in 2015 and will feature a different story. Previous to Serial, Sarah Koenig worked for more than ten years as a producer of This American Life.

Aisha Tyler will be a speaker at Podcast Movement 2015. She started her Girl on Guy podcast in 2011. Her podcast was selected as a best new comedy podcast on iTunes in 2011 and a 2012 Stitcher Award nominee. Girl on Guy has had over 6 million downloads. In addition to being a podcaster, Aisha Tyler is an actress, writer, and the voice of Lana on FX’s animated series Archer.

In honor of this weekend’s Podcast Movement conference, app developer Bossjock Studio is selling its mobile podcast-production app Bossjock at half-price. Normally, the app retails for right around $10.00. Until Monday, the app will go for $4.99. The company made the announcement yesterday via Twitter:

bossjock studio is 50% off during the Podcast Movement #PM14 http://t.co/57PjLhHGtk

Bossjock is a top-rated app for producing podcasts on iOS. It’s a full-featured suite of tools that does everything from voice recording (with optional live sound-clip playback) to upload of your finished media to a variety of publishing platforms.

For some examples of Bossjock’s capabilities, take a look at this “Frankenskype” article on how you can use Bossjock to record Skype calls with minimal equipment. You can also see a full-fledged review of Bossjock (including videos) at the School of Podcasting.