Initially, live video streaming of leading RADIO.COM Sports stations from six major markets across the country will be accessible to Twitch users via individually tailored, branded station channels, providing the Twitch community a full week’s worth of appointment viewing from some of the nation’s most iconic sports talk stations, such as WEEI in Boston, WFAN 101.9 FM/660 AM in New York, 105.3 The Fan in Dallas, 670 The Score in Chicago, 92.9 The Game in Atlanta and 97.1 The Ticket in Detroit.

Fans of hometown heroes such as the Red Sox, Yankees, Falcons, Pirates, Bulls etc. have come to depend on these stations for exclusive interviews with their favorite players and coaches, early access to pivotal team releases, and game analysis. By leveraging its suite of premier personalities, RADIO.COM Sports stations have cultivated a community of passionate and engaged fans both on air and digitally, which will thrive in Twitch’s similarly interactive platform.

“Twitch has built a substantial platform for audiences to connect through video content and we’re looking forward to working with them to bring our unrivaled sports programming to millions of viewers,” said David Rosenbloom, Vice President, Corporate Business Development, Entercom. “This partnership will expand how listeners can connect with our on-air talent through real-time engagement on Twitch and introduce a new generation of sports fans to legendary sports brands like WEEI, WFAN 101.9 FM/660 AM, and 92.9 The Game.”

“Twitch is the place where people come to connect and engage over their shared interests, and you’ll be hard-pressed to find a group of people more passionate than sports fans,” said Jane Weedon, Director of New Verticals, Twitch. “Over the last several years, there has been a growing sports community on Twitch. With the addition of sports radio, on-air talent and fans will be able to interact and discuss their favorite athletes, teams and leagues with one another in real time. Through features like Twitch Chat, now the entire audience will be able to participate in the coveted ‘call ins’ and ‘hot takes’ that have come to define sports talk radio.”

Entercom will leverage its robust portfolio of over-the-air, digital and social assets to provide additional promotional support of the channels. 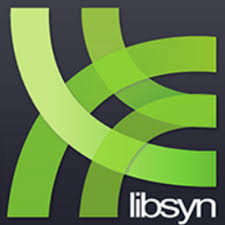 Liberated Syndication (Libsyn), a worldwide leader of podcast hosting, distribution and monetization, announced a new agreement with Entercom, a leading media and entertainment company and one of the largest radio broadcasters in the United States, to distribute Libsyn podcasts on Radio.com, Entercom’s integrated digital platform.

Radio.com is the fastest growing digital audio app in the U.S. Radio.com has quickly established itself as a leading platform for live and on-demand exclusive premium audio content across news, entertainment, music, and sports. Through the agreement, the platform’s tens of millions of monthly active users across the U.S. will now have direct access to the 62,000 active podcasts, totaling over 4.9 million episodes, hosted on Libsyn.

“The Radio.com partnership will make it easier for listeners to consume our great podcasts by making the podcasts directly available on an app they already use daily,” said Rob Walch, V.P. of Podcaster Relations, Libsyn. “We are very excited for the growth that Radio.com will bring to podcasting and are thrilled to work directly with Entercom to make it very easy for all of the shows hosted on our service to be part of their digital platform.”

“As the fastest growing digital audio app in the country, we are laser-focused on providing the content we know our listeners want, whenever and wherever and however they want it,” said Corey Podolsky, Vice President of Business Development, Entercom. “Podcast listening on Radio.com continues to grow at an accelerating pace. Partnering with Libsyn to make it simple for podcasters to reach millions of listeners on our platform is a win for everyone.”

Currently, the Libsyn network reaches over 111 million monthly unique audience members. Libsyn has created a custom destination for Radio.com allowing podcasters to control the timing and number of episodes they release to the Radio.com audience, including the ability to release exclusive content to the Radio.com platform. Using Libsyn’s powerful audience analytics platform, podcasters will be able to gague the size and unique geographic location of audiences consuming their content.