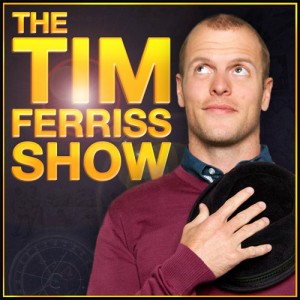 New York Times Best Selling Author Tim “Four Hour Workweek” Ferriss has launched his own podcast. After appearing on many podcasts over time, he got to see how easy it was and decided to launch his own.

He is also working on television show, and figured this would be a fun way to keep in touch with his audience. Here is the description of his podcast:

Tim Ferriss is a self-experimenter and bestselling author, best known for The 4-Hour Workweek, which has been translated into 40+ languages. Newsweek calls him “the world’s best human guinea pig,” and The New York Times calls him “a cross between Jack Welch and a Buddhist monk.” In this show, he deconstructs world-class performers from eclectic areas (investing, chess, pro sports, etc.), digging deep to find the tools, tactics, and tricks that listeners can use. Listen to over 15,000 radio shows, podcasts and live radio stations for free on your iPhone, iPad, Android and PC. Discover the best of news, entertainment, comedy, sports and talk radio on demand with Stitcher Radio.

His first episode he interviewed Kevin Rose (Kevin is a tech entrepreneur who co-founded Digg, Revision3 (sold to Discovery Channel), Pownce, and Milk (sold to Google). Since 2012, he is a venture partner at Google Ventures.).

Find it in iTunes

Find it in Stitcher

Posted by Dave Jackson from the School of Podcasting