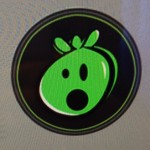 NLO Coin is now out and people are getting coin rich, dawg! Get your wallet and start mining coins at http://t.co/eQHipgC81j now!

Host and creator of Nobody Likes Onions, Patrick Melton, is also the host of the Coinsider This! podcast, a show dedicated to Bitcoin talk and cryptocurrency news. It’s likely that Melton’s ever-growing fascination with digital currency was the inspiration for minting NLO Coin in the first place.

It’s unclear at this time just what NLO Coin will be traded for. Possibilities include Nobody Likes Onions merchandise or other show-related goods. Fans of the show have suggested using it as a way to bid for special on-air requests during live broadcasts of the show.

Regardless, NLO Coin is a unique idea in generating audience interest and participation. It seems like only a matter of time before other shows get on the cryptocurrency bandwagon and release digital coins of their own.

One thought on “Is Nobody Likes Onions The First Podcast To Have Its Own Cryptocurrency?”