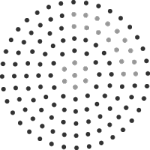 Along with the release of the beta Android app, Mixlr has also updated its iOS app. The iOS version works just like the Android version in that it can be used for creating as well as consuming Mixlr streams. The Mixlr blog states that the update contains a “range of fixes and improvements.” Including:

I have used Mixlr’s desktop app for creating live streams and it works quite well. I can definitely see some potential for these mobile apps. I’ll have to do some experimentation to see if I can put them to good use.