Last week, I attended the second World of Podcasts event in Anaheim, CA. World of Podcasts is dedicated to shows that cover Blizzard Entertainment and its video game franchises (most notably World of Warcraft). World of Podcasts takes place the night before BlizzCon, an annual convention organized by Blizzard to celebrate its existing games as well as reveal upcoming releases. And while World of Podcasts and BlizzCon do have a similar focus, the two events aren’t officially connected.

World of Podcasts 2014 was held at the Anaheim Hilton, which put the event right in the middle of much of the action that occurs adjacent to the Anaheim Convention Center and BlizzCon itself. At pretty much all hours of the day, conventioneers can be found gathered at the bar and in the lobby of the Hilton. It was the perfect venue for something like World of Podcasts. I also attended the first World of Podcasts in 2013. This year’s event eclipsed last year’s substantially.

In 2013, World of Podcasts was held in one room with a small sound system. The setup was problematic at times, as groups of people would often gather in the back of the room to talk, and those conversations would overpower the speakers at the front of the room. But this year, World of Podcasts spanned several rooms, which gave attendees plenty of space to spread out if they wanted to socialize. There was also a much better sound system, so live panels were more enjoyable for panelists and audience members alike. 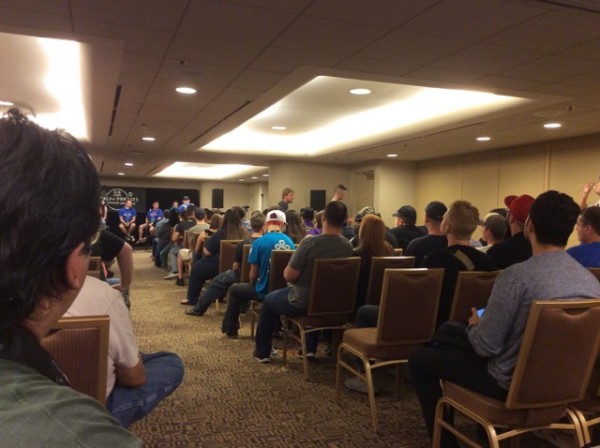 Most of the panels were devoted to discussions of Blizzard and its games. And staying true to any gathering made up of podcasters, there was one panel specifically devoted to the creation of podcasts.

World of Podcasts also had a room containing a gallery of fan art: 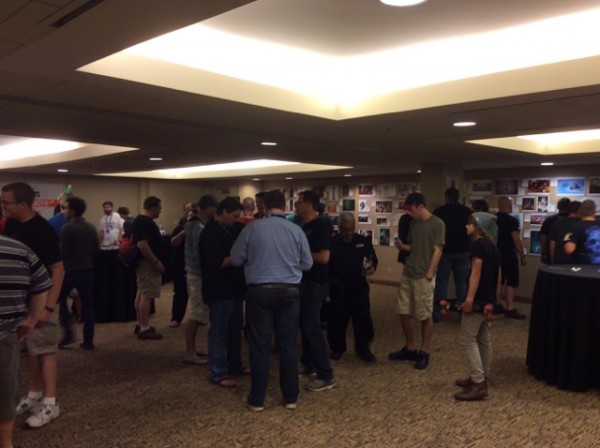 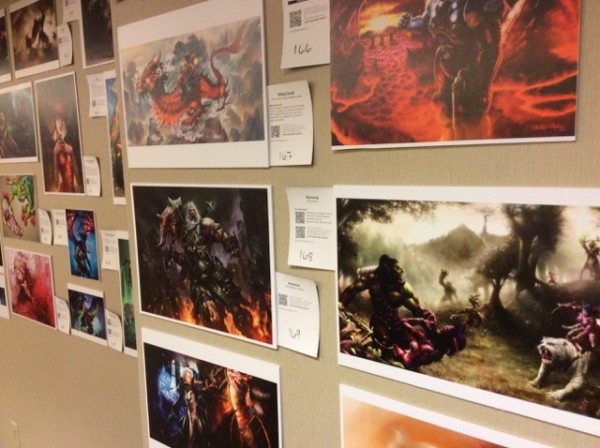 There was also a special Blizzard-themed photo booth on site as well as a room dedicated to tabletop gaming and Hearthstone tournaments. It was an impressive display that showed just how much World of Podcasts has grown since its first iteration. It was also cool to see an event created by podcasters that wasn’t strictly about podcasting.

No official announcements have yet been made for next year’s World of Podcasts. But the event’s organizers are already working to make it happen. Given the turnout and overall success of World of Podcasts 2014, I’m sure next year’s event will be even more impressive. I’m looking forward to it!