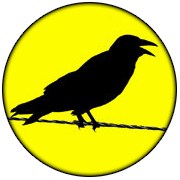 Skype has been standard issue in the podcaster’s toolkit since the beginning of the medium. Read any how-to guide on podcasting and you’re sure to see a bevy of tutorials on how to record Skype calls. But Skype is far from perfect. And while there have always been Skype alternatives, none of them have really measured up. That’s where FeenPhone comes in.

FeenPhone is an open source program that takes its name from the Freedom Feens podcast. From the FeenPhone website:

And these programs aren’t truly duplex; when one person speaks loudly, it cuts out the quieter person. This makes conversations sound unnatural. Even experienced radio hosts sometimes naturally talk over each other a little bit, especially at the end of one person speaking and the start of another person speaking. We built software that is full-duplex so the audience feels like they’re in the same room with the people speaking, rather then having it feel like one person should say “Over…” when finished with a sentence. FeenPhone being true duplex makes it superior to other voice-over-Internet programs or phones in making conversations more conversational….more natural, less artificial.

FeenPhone enables ultra-high-quality true-duplex spoken audio in real time when doing live media with others in remote locations. It is already being used by radio hosts and Internet radio hosts for great-sounding live shows. It’s being used by podcasters to make multi-host shows where the hosts live thousands of miles apart. It’s a boon for voiceover artists working with remote clients or producers.

And FeenPhone isn’t just about the technical stuff. From the FeenPhone Mission Statement:

Most independently produced audio sounds somewhat crunchy, thin and/or distorted. If people have to struggle through your sound they’ll leave the website or change the channel and miss your message.

Some people with mediocre production quality make excuses about their audio being “good enough for the Internet”, but that’s a cop-out. And many more people have never even considered their audio quality.

Independent Media will not be taken seriously until our production values match that of the mainstream media. And listeners who don’t specifically notice audio quality enough to say “That sounds great!” will still listen longer and more often to the better sounding show, all other things being equal. They will also recommend the better sounding show more to other people, even if they don’t know why.

There’s much more to read over at the FeenPhone site. If you want to dive in and try the program, you can download the beta version for Windows. (Non-Windows platforms are currently not supported but FeenPhone is open source, so ports may happen in the future.)

As an aside, Freedom Feen founder Michael W. Dean is one of the most obsessive people I’ve ever known when it comes to audio production. He wouldn’t lend his name to this software if it didn’t work as advertised. Of course, FeenPhone is an open source beta program, so the usual your-mileage-may-vary advice has to be thrown in. But if you’ve been looking for something other than the typical VoIP options, consider giving FeenPhone a try.

One thought on “FeenPhone Is An Open Source Alternative To Skype”