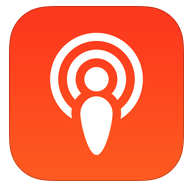 Instacast, a popular podcasting app, is shutting down. The 9to5Mac website reports that the reason has to do with funding. Those of you who are currently using Instacast should start seeking out an alternative. The website for the parent company, Vemedio, is blank, other than a small logo and the word “Discontinued”.

9to5Mac reports that an email has been sent to paid members of Instacast. In it, Martin Hering, developer of Instacast, states “I ran out of funds to keep the project going.”

The email also points out that all of Vemedio’s products will be ‘discontinued’. It also says that they will keep the servers up and running for as long as possible so that the current paid users of Instacast won’t be immediately left with an app that is non-functional.

That’s thoughtful. I think many other companies that ran out of funding would drop everything without giving users any information. Interestingly, when I went to look at the Instacast app on iTunes it says that it had been updated on June 12, 2015.

Not sure what to switch to after Instacast is gone for good? Martin Hering has tweeted a suggestion. He said he would choose Pocket Casts over Overcast as an Instacast alternative.

I’d choose Pocket Casts over Overcast as an Instacast alternative. Looks better and has chapters.