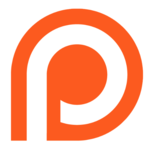 Patreon has made a change that clarifies how much creators are actually receiving. Those of you have a Patreon for your podcast may already be aware that the amount it showed you were getting per month wasn’t actually accurate. This may have led to some unnecessary confusion.

Previously, patrons would see the number Pateron said your podcast was making per month. It may have appeared that you had earned enough to have hit a milestone goal – when in reality, that simply wasn’t factual. The problem was that that Patreon was showing the amount of money your podcast earned per month – without taking into account fees and declined pledges.

As such, the situation could have placed some podcasters into the uncomfortable position of having their patrons expecting to receive whatever was offered for a milestone goal – before the podcaster had actually earned the money. It is easy to see why this was a problem. 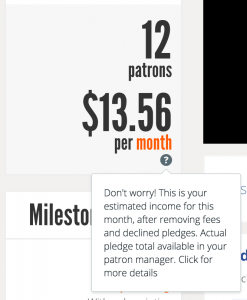 Go have a look at Patreon, and you will see a change. There is now a little question mark that has appeared next to the phrase “per month”. Patrons can hover over the question mark to get more information. A small pop-up window says: “Estimated income per month, after removing fees and declined pledges. Click for more details”.

A slightly different pop-up is shown to the creator. “Don’t worry! This is your estimated income for this month, after removing fees and declined pledges. Actual pledge total available in your patreon manager. Click for more details.”

That “click” will direct patrons to the Patreon Help Center and a post that is titled: “Why Is My Public Facing Dollar Amount Less Than The Amount That Is Pledged To Me?” This post explains the new change to creators and to patrons.

Overall, this change was made for better transparency. Every creator, every patron, every visitor to your Patreon page will see the adjusted dollar figure.