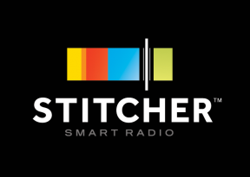 Podcast-consumption app Stitcher has gone thru a lot of changes over the last few years. Once hailed as the second-largest destinations for podcast listeners after Apple Podcasts, Stitcher’s fortunes have faded somewhat during this transitional period. The service was sold twice, with the latest acquisition coming from Scripps/Midroll/Earwolf. Last year, it was announced that Howl, Earwolf’s premium content platform, would be migrated into Stitcher. But the company isn’t stopping there. Stitcher announced this week it would be launching a collection of original shows of its own that won’t be kept behind a paywall:

…with a handful of popular shows joining together to form a new network. Shows on the new Stitcher network are available for free everywhere listeners access podcasts, including iTunes, Google Play, Spotify, Soundcloud and Stitcher itself, and are supported through advertising.

Stitcher also announced it has an upcoming show that focuses on reading hosted by LeVar Burton of Star Trek: The Next Generation and Reading Rainbow fame.