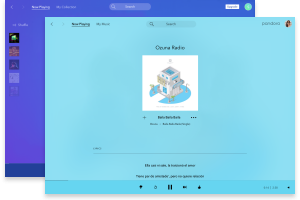 Pandora announced that the Pandora desktop app for Mac is available now. The Windows version is “coming soon”.

Today, we’re excited to launch our new Pandora desktop app for Mac for listeners across all tiers of service who like to enjoy their personalized Pandora experience on their computers.

The Pandora desktop app gives users full-featured access to Pandora right from their Mac. It solves the problem of having to flip through browser tabs.

New features have also been added:

The information about the app doesn’t specifically say anything about podcasts, but that doesn’t necessarily mean the desktop app will exclude them. It has been said that Pandora (and Spotify) are hoping that podcasts will increase their revenue. Unlike music, podcasts can be streamed without requiring a company to pay for licensing fees.