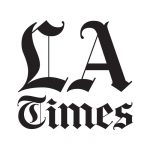 Los Angeles Times announced that Abbie Fentress Swanson is their Executive Producer for audio in the newsroom. She will lead the production of podcasts and other editorial audio, and will report to AME Len De Groot.

Previously, Abbie Fentress Swanson worked as an Executive Producer of I, Survivor for Wondery, which had half a million downloads in the month after being launched. She has reported for, produced and hosted programs for NPR, KCRW and Harvest Public Media where she was recognized for her coverage of the impacts of drought on farm country.

Abbie Fentress Swanson is also a fixture in the L.A. food scene. She was the supervising producer of the Good Food radio show, podcast, and blog at KCRW, which won an Edward R. Murrow award and was a finalist for the “Best Radio Show” James Beard award. She also created interactive content and booked guests for WNYC’s The Takeaway.