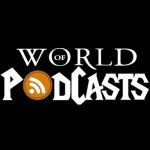 Con Before the Storm is a fun event for fans of games made by Blizzard Entertainment. Every year since its beginning, Con Before the Storm takes place the night before the first day of BlizzCon. It includes the World of Podcasts event which has several  panels that include podcasters, streamers, and content creators who are there to talk about some of Blizzard’s games.

This year, there will be one panel, called Pod Before the Con that will be presented live on Twitch. Tune in from home on October 27, 2019, at 7pm ET. This panel includes:

The other five panels will take place at Con Before the Storm on the second floor of the Anaheim Hilton, on October 31, 2019.