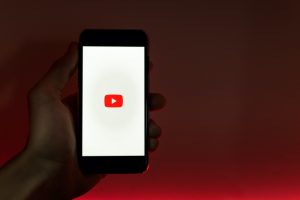 YouTube recently changed its Terms of Service, and one part of it is making some podcasters, YouTubers and others who use the platform a bit nervous. The new Terms of Service are set to go into effect on December 10, 2019.

Mashable reported that the wording in YouTube’s new Terms of Service could be interpreted to mean that YouTube could delete your account if the platform determines that your account is “no longer commercially viable”.

YouTube may terminate your access, or your Google account’s access, to all or part of the Service if YouTube believes, in its sole discretion, that provision of the Service to you is no longer commercially viable.

There’s another part in the Terms of Service that has podcasters (and other content creators) worried. It says: “If your Google account is terminated or your Google account’s access to the Service is restricted, you may continue using certain aspects of the Service (such as viewing only) without an account, and this agreement will continue to apply to such use.” The implication is that there could be a situation where YouTube suspends someone’s account, and this results in the person losing their Gmail account as well.

Mashable got a response from a YouTube spokesperson, who stated: “To clarify, there are no new rights in our ToS to terminate an account bc it’s not making money. As before, we may discontinue certain YouTube features or parts of the service, for ex., if they’re outdated or have low usage. This does not impact creators/viewers in any new ways.”