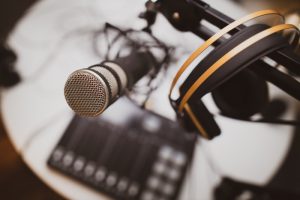 The French government body in charge of preserving the French language has made some suggestions to change words like “podcast”, “clickbait” and “chick-lit”, according to Euro News.

Podcast is on the list of words to be changed. The Commission suggested that “audio à la demande” (audio on demand) be the French replacement for the word podcast.

However, there is some debate (in English, anyway) about whether or not a podcast can correctly be referred to as “on demand audio”. Audioboom posted about this on Medium in 2016. In it, writer Kelly Shetron pointed out: “When we say podcast, what we really mean is on-demand audio”. It is like asking for a Kleenex when what you really mean is a tissue.

While the two terms are sometimes used interchangeably, those who find the term “podcast” to be limiting might skip it altogether in favor of the broader term “on-demand audio”. On-demand audio might not be longform, for example; it could be a 5-minute segment from a radio show or a 3-minute daily news clip released each morning. You may call those pieces of content “podcast,” but to some there is a distinction.

It is possible that the distinction between “podcast” and “on-demand audio” is something that English-speakers see. Perhaps the concepts are not as distinct in French. In any case, the purpose of the Commission for the Enrichment of the French Language is not to clarify podcasting, but to prevent the use of “Franglais”.