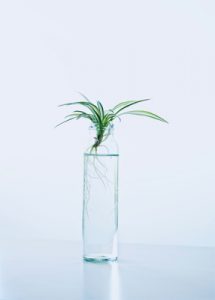 Things move really fast in the podcasting industry – and outside of it. The speed of information makes it difficult for many of us to figure out what really happened. People sometimes make mistakes, misunderstand what was said, or fail to clearly state what they intended to say. When this happens, clarification is always a good thing.

It appears there has been some confusion about what Rob Greenlee (VP of Libsyn’s Content and Partnerships) said when he was interviewed on Season 1, Episode 6, of Podland News, which is hosted by James Cridland (editor of Podnews) and Sam Sethi (editor of Sam Talks Technology).

On January 7, 2021, Podnews posted an article titled: “Greenlee to step down as Podcast Academy Chair”. The article includes the following: Speaking on an episode of the Podland podcast to be released later today, Rob Greenlee has announced he is to step down as Chair of the Podcast Academy this month, as part of significant changes in the board of governors. “The board has decided to re-elect all new officers,” he explains.

The article goes on to state: Greenlee also announced in his Podland interview that Libsyn has decided not to support the new Podcasting 2.0 namespace at this time. Podnews posted a link to their article on Twitter on January 7, 2021.

In response, Rob Greenlee tweeted: “To clarify, I did NOT step down from thepodcastacademy.com Board or Chair role. The board elected ALL New Officers yesterday, is true that a New yet unannounced Chairperson has been selected. I remain in the TPA Board of Governors”.

The Podnews account responded by tweeting: “Rob’s exact words – “I’m actually going to be stepping down from the Chairpersonship this month” – at podnews.net/listen. We highlighted new board was being set up. We believe we reported this story accurately.”

On January 7, 2021, the Libsyn’s Twitter account tweeted: “Context” (with a smiling face emoji after it) and a link to Libsyn’s blog post titled: “What did Rob Greenlee Say?”

Here are some key points from the blog post:

Libsyn’s blog post included a response the headline by Podnews. The response was from Michele Cobb, Executive Director of The Podcast Academy: “The leadership change was a planned event and each year we will be appointing new officers at the January meeting (with a new term of February). And starting in 2022, we will be transitioning from the Founding Board of Governors to an elected board from the membership. Rob Greenlee continues as an active member of the board and an important part of helping us to grow and improve”.

In response to Libysn’s tweet, the Podnews Twitter account responded: “Grateful for this response. We believe we covered these stories accurately and do not believe we took any statements out of context. Clarification is always a good thing though.”

One thought on “Clarification is Always a Good Thing”