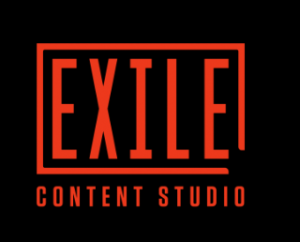 Exile Content Studio President Alejandro Uribe said, “Our strategic growth gains further strength in welcoming Daniel Batista as Chief Digital Officer. Daniel is a well-respected, seasoned veteran, with extensive experience across media and entertainment including TV, film and digital. He will be instrumental in scaling our podcast business and leading the digital content team to bring value across all of Exile.”

Prior to joining Exile, Batista served as a consultant to actor and comedian Eugenio Derbez and producer Ben Odell’s 3Pas Studios advising on expansion into new revenue streams and was the Co-Founder, President & COO of BESE, a digital media studio and publisher founded by actress Zoe Saldaña.

Before co-founding BESE, Daniel served in executive roles at Mitú, a leading digital-first media brand for Latino youth, and theAudience, a celebrity social media publishing startup backed by William Morris Endeavor. Prior to entering the digital media startup space, Daniel was a management consultant in L.E.K. Consulting’s Media & Entertainment practice and spent eight years in global finance and distribution roles in television and film at three major studios.- Universal, Warner Bros and Paramount – based out of Los Angeles, London and Mexico City.

“I’m thrilled to join Exile to further its growth in the podcast and digital space by working with top talent and investing in IP,” said Batista. “With Isaac and Alejandro’s leadership and Candle Media behind us, Exile is poised to become the market leader in US Hispanic, Latin and Spanish content across all platforms.”

Daniel received his MBA from Northwestern University – Kellogg School of Management and his BS and BA from the University of California, Berkeley in Business Administration and Psychology, respectively.