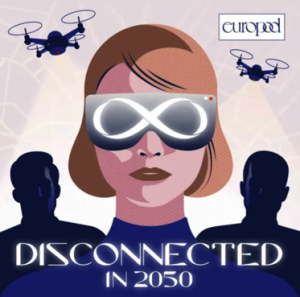 Europod, the first multilingual podcast network in Europe, announced on International Podcast Day that it relaunched its podcast network in response to the long-standing issue that there is too much false or misleading information in digital environments. Europod will continue to use podcasts as a favoured and trusted channel to reach the 76.6 million podcast listeners in Europe and return information dissemination power to journalists, knowledge leaders, and producers of quality information.

Europod is actively growing a network of podcasts that don’t pursue political or commercial agendas with podcasters who have authority to share their knowledge and are passionate about spreading their message to the world. Independent podcasters who want to be part of this network can apply at europod.eu

Europod will also release original productions like their new podcast released on International Podcast Day, Disconnected in 2050, a dystopian podcast available in French and English that addresses the dangers of giving big tech companies too much power.

“As a former journalist and founder of a podcast production company, I am amazed by the effects of large technology companies on the European public debate. With Europod, we intend to give priority to quality content, which today is too often put in second place to the notion of popularity, notably on social media,” said Antoine Lheureux, founder of Europod.

“Europod’s newly stated values find inspiration from the theories of the German thinker Jurgen Habermas, The Munich Charter and several contribution from journalists and academics in Europe.” These values are developed through Lheureux’s manifesto that can be found on europod.eu.