Dive deep into large-scale data to uncover trends and identify key insights that will propel the Apple Podcasts product and content strategy. Craft how to best monitor, measure and understand product and business performance. Collaborate with business, marketing, finance and executive teams to generate regular presentations for C-level. Partner with other Apple organizations on data gathering, data governance, evangelizing key performance indicators and democratizing data. Your creative problem solving will be utilized daily.

Visit the Apple website where the Data Scientist job is listed for more information about qualifications, education and experience required, and to submit a resume.

Buzzfeed News reported that Apple removed the entire library for five of Infowars’ six podcasts from its iTunes and Podcasts Apps. Among them were War Room and Alex Jones Show.

Buzzfeed reported a statement from Apple that said:

“Apple does not tolerate hate speech, and we have clear guidelines that creators and developers must follow to ensure we provide a safe environment for all of our users. Podcast that violate these guidelines are removed from our directory making them no longer searchable or available for download or streaming. We believe in representing a wide range of views, so long as people are respectful to those with differing opinions.”

CNBC reported that YouTube, which is owned by Google, has removed the Alex Jones Channel.

CNBC reported that Google said in a statement regarding the removal of the page: “All users agree to comply with our Terms of Service and Community Guidelines when they sign up to use YouTube. When users violate these policies repeatedly, like our policies against hate speech and harassment or our terms prohibiting circumvention of our enforcement measures, we terminate their accounts.”

It starts with: “We believe in giving people a voice, but we also want everyone using Facebook to feel safe. It’s why we have Community Standards and remove anything that violates them, including hate speech that attacks or dehumanizes others. Earlier today, we removed four Pages belonging to Alex Jones for repeatedly posting content over the past several days that breaks those Community Standards.”

Toward the end of the post, Facebook said: “As a result of reports we received, last week, we removed videos on four Facebook Pages for violating our hate speech and bullying policies. These pages were the Alex Jones Channel Page, the Alex Jones Page, the InfoWars Page, and the InfoWars Nightly News page. In addition, one of the admins of these Pages – Alex Jones – was placed in a 30-day block for his role in posting violating content to these Pages.”

Facebook also removed more content from the same pages that had been reported to them. Facebook took it down for glorifying violence, which violates Facebook’s graphic violence policy, and using dehumanizing language to describes people who are transgender, Muslims, and immigrants, which violates their hate speech policies.

On August 2, 2018, Stitcher posted a tweet that said: “Thanks for your note. We have reviewed Alex Jones’ podcasts and found he has, on multiple occasions, harassed or allowed harassment of private individuals and organizations, (1/2)”

Stitcher followed that with a second tweet: “and that harassment has led listeners of the show to engage in similar harassment and other damaging activity. Therefore, we have decided to remove his podcasts from the Stitcher platform.”

Nicholas Quah reported in his Hot Pod Newsletter on Nieman Lab earlier this month that Apple has acquired Pop Up Archive. It was the parent company of Audiosear.ch. Both of them shut down on November 29, 2017.

That said, I’m pretty sure you can put two and two together with what’s on paper: Apple, long the dominant hands-off steward of the podcast universe, has acquired a technology dedicated to increasing the knowability and sortability of the hundreds of thousands of shows distributed through its Apple Podcast platform. This, as you can imagine, has widespread implications for the ecosystem.

Exactly how Apple will use its newly acquired tools is unclear, or if they are already using them in some “behind-the-scenes” way. I searched for a press release from Apple about this acquisition, but was unable to locate one. 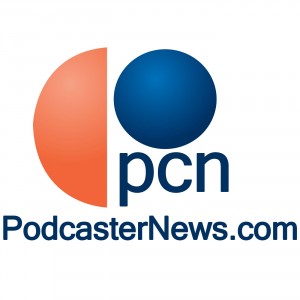 Apple’s announcement this week at the end of the Worldwide Developer Conference is some of the biggest podcasting news to happen in years. That’s why I’ve decided to dedicate an entire episode to it.

Apple’s Worldwide Developer Conference (WWDC) is wrapping up this weekend in California. While Apple made plenty of announcements during WWDC, the tech giant may have truly left the best for last (at least, if you’re a podcaster).

Today, Apple announced major changes to its podcast spec. The first such spec changes the company has made in years. Apple also announced that it will finally be providing at least some listener data to podcast producers.

Acknowledging recent trends in the podcasting space, Apple will now provide support for seasons, preview episodes, and bonus episodes within its podcast RSS feed spec. That means it’ll be easier for podcasters to organize episodes by season, so listeners can download and listen back to episodes in the correct order. The preview and bonus episode options will make it easier for podcasters and listeners alike to identify episodes that might not be part of a podcast’s regular production cycle.

Apple said today that it will be using (anonymized) data from the app to show podcasters how many people are listening and where in the app people are stopping or skipping. This has the potential to dramatically change our perception of how many people really listen to a show, and how many people skip ads, as well as how long a podcast can run before people just give up.

While this might look like the holy grail to some in terms of listener metrics, it appears that this data will be limited to listener activity from the iOS Podcasts app only. Not the cross-platform iTunes desktop application. And of course, it won’t pull in data from any services outside of the Apple ecosphere.

It’s not yet clear when Apple will allow podcasters to access listener data. The full implementation of the new Apple Podcasts RSS spec will likely coincide with the release of iOS 11 later this year. If you’d like to see what the new RSS tags will look like, Apple has released a document that covers the changes it’ll be making to the spec.

Ever since Apple launched the iOS Podcasts app, effectively giving podcasts a dedicated location on Apple mobile devices, speculation has occurred that one day, Apple will break podcasts free from the desktop iTunes application in a similar manner. While that hasn’t happened yet, having a dedicated desktop podcast-consumption app made by Apple may be getting closer.

Although today’s announcement is merely a branding change, it may indicate a renewed focus by Apple on podcasting…

In February, Eddy Cue teased that the company is working on new features for podcasts at the Code Media conference. Combined with this rebranding, it is possible that Apple is readying a big announcement for later this year, potentially at WWDC.

Renaming the iTunes podcast directory to Apple Podcasts falls in line with other Apple branding efforts, such as Apple Music and Apple TV. It’s possible that the Cupertino-based tech giant is finding the “i” designation that rose to fame with products like the iMac, iPod, and iTunes is in need of a refresh. Regardless, it’s good to see some real attention being paid to Apple’s podcast directory.