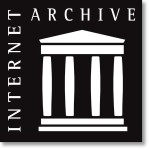 Welcome to episode 4 of the Podcaster News Show.

In this edition, I decided to step away from the relative comfort of my dedicated production studio and go basic, recording only with my iPad and a free app called Recorder. I did this as an exercise to show that it isn’t really necessary to invest in a mountain of gear just to get your voice committed to disk. I also give a simple explanation of a podcast publishing setup that, while hardly optimal, could technically allow you to publish a podcast (including getting that podcast into iTunes) without spending any money on web hosting.

Links mentioned during the podcast: