Stitcher announced that they have a new look. They are no longer using their previous logo, and have replaced it with one that has new colors. Stitcher has also been investing in its app, and has become the primary brand for E.W. Scripps Company’s podcast operations.

The new look embodies our history and where we’re headed in the future. The bars are reminiscent of sound. The colors are meant to be energetic and exciting, and together they demonstrate our commitment to all listeners, all creators and all types of podcasts. Used as mirrors of one another, they can create a “window” that opens up into the podcast world.

Stitcher has been investing in the Stitcher app. Their newest iOS release literally moves the app’s navigation options to your fingertips, making it easier for you to get what you want with fewer taps. Similar updates are on their way for Android.

Midroll Media announced the following on the Midroll blog:

Stitcher, a leader in podcast content creation, distribution, and advertising, today unveiled a new logo and brand identify, reinforcing its place as a leading player across the podcast ecosystem as it becomes the primary brand for The E.W. Scripps Company’s podcast operations.

The same blog post says that Stitcher is now the parent company to Midroll and Earwolf. Other networks of original content also fall under the Stitcher umbrella. Stitcher is a wholly owned subsidiary of The E.W. Scripps Company.

Midroll Media is the world’s largest pure-play podcast media company. They started out as Earwolf, a pioneering comedy podcast network. The Midroll brand distributes and monetizes major podcasts such as WTF with Marc Maron, The Bill Simmons Podcast, The Nerdist and Star Talk Radio. Midroll Media is seeking a Production Coordinator.

We’re hiring a Production Coordinator to oversee studio operations and ensure recording logistics run smoothly. In this position, you’ll coordinate the efforts of the production and ad sales teams in creating great content and getting it into the ears of our fans. You’ll be the regular point of contact for many of our hosts and the first face guests see when they arrive at our studios.

Some qualities that Midroll is looking for in applicants include:

Midroll Media announced that it had added three leaders to its growing team. The notable new hires include an executive producer for Midroll’s award-winning content group, Midroll’s first-ever head of marketing, and a new leader for Midroll’s financial operations.

Laura Mayer joins Midroll as an executive producer. She will be responsible for the development, production, and launch of new podcasts for Midroll’s comedy-focused Earwolf network, as well as its Stitcher label. Previous to joining Midroll, Laura Mayer worked at Panoply, where she launched dozens of shows and led the production of the first season of Revisionist History.

Midroll Media has partnered with a new podcast that was recently released. Intelligence For Your Life: The Podcast features names you might recognize. It appears to be a collaborative work.

Intelligence For Your Life: The Podcast is based on the hugely popular syndicated radio program “The John Tesh Radio Show” and “Intelligence For Your Health with Connie Sellecca”. Those two programs are heard on more than 350 stations nationwide by 23 million listeners per week.

Intelligence For Your Life: The Podcast is hosted by John Tesh, Connie Sellecca, and Gib Gerard. The podcast is a new program created specifically for the podcast audience. The hosts share their experience and wisdom on personal development, along with the latest cutting-edge tactics, tools, and routines for health and wellness, relationships, career, and fitness.

Midroll Media will be helping produce and distribute Intelligence For Your Life: The Podcast. The podcast is availble on iTunes, Stitcher, and all major podcast platforms. New episodes are released every Tuesday.

Midroll Media has begun using ART19 and Midroll will make ART19 its third-party hosting preferred provider. DGital Media is an audio engagement company whose partners include UFC, Recode Media, The Vertical Podcast Network, and more, has partnered with ART19 to host most of its content. Wondery specializes in mobile and on-demand audio story telling and has partnered with ART 19 for all of its scripted and unscripted shows.

New data from Wondery and comScore shows that people prefer ads in podcasts over any other digital medium. ART19’s targeting and measurement capabilities are helping brands leverage this engagement.

* Dynamic Insertion of Host-Read Spots: ART19’s proprietary WarpFeed technology enables publishers to update back catalogs with fresh advertising; back catalogs comprise more than 50 percent of listening on some podcasts.

* Ad Targeting: ART19 enables delivery of different ads to different listeners of a podcast episode, even in iTunes

* APIs for Improved Audience Measurement: ART19 players and APIs offer vastly improved listening data relative to what is available in RSS, the distribution format that still dominates the space.

Midroll is the parent company of Earwolf, a comedy podcasting network. It has more than 35 shows that are produced weekly. Some of those shows include: Seth Godwin’s Startup School, Maltin on Movies (with Leonard Maltin and Baron Vaughn), With Special Guest Lauren Lapkus (hosted by Lauren Lapkus), Rhona & Beverly (hosted by Jessica Chaffin and Jamie Denbo), and The Longest Shortest Time (hosted by Hillary Frank), to name just a few.

The Executive Producer will lead Midroll’s network of weekly shows. He or she will work closely with their talent and the production teams in LA and NYC to launch great new shows, improve the content of existing Earwolf productions and engage and grow the audience. The Earwolf Executive Producer “will have a strategic vision for the network, prioritizing audience growth and content excellence”.

The position is listed as “full-time”. Midroll has a strong preference for candidates who are experienced in working in the comedy genre. If this is something that interests you, it would be a good idea to read the full job description over at E. W. Scripps. 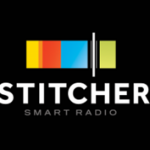 E.W. Scripps has acquired the popular podcast listening service Stitcher. Those of you who have a podcast on Stitcher may have received an email about this acquisition.

Stitcher is one of the most established and popular streaming audio listening brands. It is accessible via free iPhone and Android apps, on the dashboard of more than 50 car models, and at stitcher.com Stitcher facilitates discovery and streaming for more than 65,000 podcasts to 8 million registered users.

Both E.W. Scripps and Stitcher have stated that Stitcher is now part of Midroll Media. The Stitcher announcement states that Midroll is a podcast production company and advertising network. It is the parent company of the Earwolf network, the Howl premium subscription service, and the Midroll advertising network (which is owned by E.W. Scripps).

The email sent to podcasters who have podcasts on Stitcher states that there are no plans to shut down the Stitcher service. Instead, they plan on accelerating improvements to the Stitcher platform as well as launching new content partner services in the coming year.

The Wall Street Journal says that a person familiar with the acquisition called it an “acquihire”. Stitcher’s dozen employees will join Midroll.

The E.W. Scripps Media Company has acquired Midroll Media, a Los Angeles based company that has been around for five years. Midroll Media creates original podcasts and operates a network that generates revenue for more than 200 shows.

One of those shows is WTF With Marc Maron which is an incredibly popular podcast, even before he interviewed President Barack Obama. Other shows include Startup and StarTalk Radio, a podcast that is hosted by Neil Degrasse Tyson.

Midroll Media’s name is derived from the term for commercials placed mid-way through a podcast. It is the largest podcast sponsorship network. It has more than 240 advertisers. In addition to creating revenue streams, Midroll Media has always been a “content first” company. It creates and distributes 35 original podcasts via its owned-and-operated comedy and pop-culture driven networks.

Midroll Media recently launched an app called Howl. It gives people an easy way to access every episode of Earwolf and Wolfpop. The app also lets people view the latest tweets from the hosts and listeners of those podcasts, view behind-the-scenes photos, and discuss shows in their forums. It combines photos and community elements for each podcast.

Scripps is one of the nation’s largest independent TV station owners, with 33 television stations in 24 markets and a reach of nearly one in five U.S. households. It owns 34 radio stations in 8 markets.

Hollywood Reporter reports that Midroll will remain based in Hollywood and will continue to be led by Midroll Media CEO Adam Sachs. Midroll Media has been acquired for an undisclosed price.