On April 6, 2021, Parcast tweeted: “After months of regular meetings, late-night emails, private calls, & full unit efforts, we’re proud to announce we have a deal. We couldn’t have done it without the consistent support of our colleagues. It’s been a worthwhile journey, and we thank all who helped us fight. #1u”

Seemingly averting a threatened strike, a union at Parcast has reached a tentative agreement with Spotify and Parcast management on a first contract covering the podcast studio’s content writers, fact-checkers, producers, researchers and other workers.

The Parcast Union – which is affiliated with the Writers Guild of America, East – announced the deal on Wednesday night, their final day of bargaining with the music streaming giant and the Spotify-owned podcast studios and are not yet disclosing terms of the tentative agreement.

The deal will now be scrutinized by the Parcast bargaining unit and will subsequently be voted on by the WGA East Council and the bargaining unit. The deal terms are expected to be similar to those in contracts for WGA East-affiliated podcast unions The Ringer and Gimlet, companies that are also owned by Spotify.

According to The Hollywood Reporter, The tentative deal arrives about a year and a half after Parcast workers first announced they were unionizing in September 2020, with the hopes of making changes to diversity, equity and inclusion efforts, workers’ workloads, role transparency and compensation and intellectual property policies. About a month later, Parcast voluntarily recognized the union and, according to the union, bargaining on a contract subsequently took place over 15 months.

The Parcast union is not the only one represented by WGA East. It also bargains for workers at Spotify-owned The Ringer and Gimlet Media. Those two unions ratified their first contracts in 2021. In February, a WGA East-affiliated union at iHeartPodcast Network won voluntary recognition from management.

Parcast announced the formation of The Parcast Union with the Writers Guild of America East. Parcast was acquired by Spotify in March of 2019. At the time I am writing this blog post, it is unclear to me what Spotify thinks about this situation.

Here is a little bit from Parcast’s blog post about unionizing:

We, the writers, researchers, fact-checkers, hosts, and producers of Parcast, look to the future with optimism and excitement. But to ensure a workplace that remains dedicated to Spotify’s core values — collaboration, innovation, passion, playfulness, and sincerity — we have chosen to unionize with the Writers Guild of America, East.

Through collective bargaining, we hope to achieve growth in the following areas:

On September 3, 2020, Parcast Union tweeted: “UPDATE: Today, we met with Parcast leads and Spotify HR representatives in an All Hands Meeting. We look forward to our union being recognized so we can begin having a real dialogue.”

To me, it sounds like what Parcast is asking for is reasonable. A company as large and profitable as Spotify should have no problem providing Parcast with the things they are requesting.

Spotify is seeking a talented Technical Podcast Producer to join the team at Parcast. The person who fills this position must bring meaningful experience in and passion for audio space, to include production and sound design. Spotify says you’ll be most likely to thrive in this role if your innovative, passionate, sincere, collaborative and playful.

Those who are interested in applying for the position can do so on the Spotify website where the job is listed.

Spotify announced that it has entered into a definitive agreement to acquire Parcast, a premier storytelling-driven podcast studio. Terms of the transaction were not disclosed.

Since its founding in 2016, Parcast has launched 18 premium podcast series including Serial Killers,Unsolved Murders, Cults and Conspiracy Theories and the studio’s first fiction series, Mind’s Eye.

The press release says that Parcast will bring to Spotify its curated library of highly produced shows and its engaged, loyal audiences. With an expertise in genres touching mystery, crime, science fiction, and history, Parcast has shown it has depth in subject matter and the ability to develop audiences across its robust network. Additionally, Parcast has more than 20 new shows slated to launch later this year.

“The addition of Parcast to our growing roster of podcast content will advance our goal of becoming the world’s leading audio platform,” said Dawn Ostroff, Spotify Chief Content Officer. “Crime and mystery podcasts are a top genre for our users and Parcast has had significant success creating hit series while building a loyal and growing fan base. We’re excited to welcome the Parcast team to Spotify and we look forward to supercharging their growth.”

“In three years, we have created a production house that has grown exponentially and hit a chord with mystery and true-crime fans, especially women, across all 50 states and around the world. We are proud to join the world’s most popular audio subscription streaming service and gain access to one of the largest audiences around the world,” said Max Cutler, Founder and President of Parcast. “Alongside Spotify, our ability to scale, grow and amplify the unique and tailored brand of content we create is full of fantastic possibilities.”

The transaction is expected to close in the second quarter of 2019 and subject to customary closing conditions. 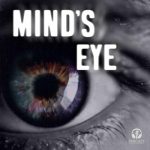 Parcast is the premier podcast network focused on creating scripted, story-driven programming that is engaging, informative, entertaining. They have added the Great Women of Business podcast. The trailer is available now.

The wage gap. The motherhood penalty. The glass ceiling. From Coco Chanel to Mrs. Fields, Julia Child to Martha Stewart, business-savvy women have fought sexism all the way to the executive suite. Every Tuesday, Great Women of Business spotlights inspiring careers, savvy decisions, and catastrophic failures. Each episode tells a different woman’s story, and teaches the business principles they used to find success.

Vanessa Richardson is the host of Great Women of Business. She is also on two other Parcast hits: Serial Killers and Historical Figures. She is joined by Molly Brandenburg, co-host of the chart-topping Conspiracy Theories.