Cast Party is about to do something that’s never been done before. It is going to bring podcasting to the cinema. Not just one cinema, either. This podcasting event will be simulcast to hundreds of movie theaters across the United States. It will also be in cinemas in Canada and Australia.

Here’s how this unique event will work. Cast Party is going to happen, live, on Tuesday, July 28, 2015. It will happen on stage in New York City at NYU’s Skirball Center. The event will be sent live via satellite to hundreds of cinemas that are located in the United States. (8PM Eastern/7PM Central/ Tape delayed to 8PM Pacific). On July 30, it will screen in Canada. Cast Party will screen in Australia on August 22.

The event will feature five different podcasts, who will be doing their shows live, on stage, that night. The group is described as “some of the most innovative producers of audio storytelling”.

Radiolab is a show about curiosity. It is heard around the country on more than 450 NPR member stations. Radiolab is hosted by Jad Abrmrad and Robert Krulwich, and produced by WNYC. This podcast has won Peabody Awards in 2011 and in 2015.

Invisibilia gets its name from a Latin word for “all the invisible things”. It is a new NPR series about the invisible forces that control human behavior – ideas, beliefs, assumptions, and emotions. The podcast is co-hosted by Lulu Miller and Alix Spiegel. Lulu Miller will preform a brand new short documentary in Cast Party.

Reply All is a podcast that is about the internet. It is hosted by PJ Vogt and Alex Goldman. Reply All is produced by Gimlet Media, which was founded by former This American Life producer and Planet Money Co-Creator Alex Blumberg.

With Special Guest Lauren Lapkus is a podcast where the guest is the host. She passes off her hosting duties to a new funny friend each episode. The show is from the Earwolf podcast network. Laruren is known for playing Susan Fischer on Orange Is the New Black.

The Truth is a podcast that is described as one that “makes movies for your ears”. It has short stories that might be dark, or funny, but always intriguing. The Truth is directed, mixed, and sound designed by Jonathan Mitchell, who has been making radio for nearly 20 years. This show is a member of PRX’s Radiotopia podcast collective. The Truth will preform an original scripted dramedy as part of Cast Party.

Visit the Cast Party website to find out if the event will be simulcast to a cinema near you. 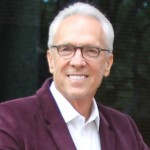