The WordPress web publishing platform has been used by podcasters since it began to receive widespread adoption about a decade ago. WordPress began as an open source project and it has remained that way. This has allowed the platform to cater to a variety of plugins and extensions that have made WordPress one of the most powerful and popular content management systems in the world.

Most open source software is released under licenses that encourage developers who use it in their own projects to, at the very least, credit the original developers who created the software. It’s a tradition that’s at the heart of the open source movement. And while theres no legal body that governs the use of open source code, the communities that thrive on it have done a good job of respecting this tradition. That’s why it can be problematic when a developer decides to crib a bunch of open source code and treat it as their own.

If I were being charitable, I’d say, ‘The app’s editor is based on the WordPress mobile app’s editor.’ If I were being honest, I’d say that Wix copied WordPress without attribution, credit, or following the license. The custom icons, the class names, even the bugs. You can see the forked repositories on GitHub complete with original commits from Alex and Maxime, two developers on Automattic’s mobile team. Wix has always borrowed liberally from WordPress — including their company name, which used to be Wixpress Ltd. — but this blatant rip-off and code theft is beyond anything I’ve seen before from a competitor.

It’s obvious that Wix is a competitor to Automattic, the company headed by Mullenweg that runs the fully managed WordPress services at www.wordpress.com. Business aside, Mullenweg’s assertion that Wix is into some shady business here seems reasonable. Hopefully, Wix will make things right and follow the rules set forth in the open source license. 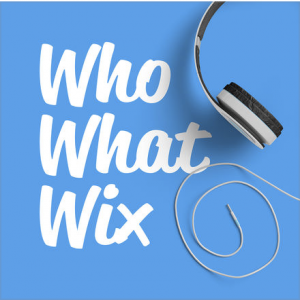 Using a podcast as a content-marketing tool is nothing new. While this technique has been used by small companies and solo entrepreneurs for years, it’s being employed more frequently these days by large corporations looking to capture some of the organic marketing energy that the medium of podcasting has to offer. The latest entrant to the corporate content-marketing club is website-design service Wix, who recently launched the Who What Wix podcast:

Our brand new podcast is focused on the wildly inspirational and super helpful stories of small business owners. Listen to these influencers dish about their big wins and epic failures. We also grill marketing experts for creative advice you need to hear and go behind the scenes at Wix headquarters.

It’s clear Wix sees its audience as entrepreneurs and business owners, which makes sense for a company that provides template-based web-design tools made for people who need a website but don’t necessarily want to hire a designer. On why Wix started a podcast:

…sometimes you just don’t have time to read – you’re managing your business after all. If you’re a mega multi-tasker always on the go, an interesting audio file may be the perfect way to learn something new and enjoy the time spent. Podcasts are the newest and most delightful way to get an even closer look at who we are at Wix and get access to the gurus in the industry like never before.

Several episodes of Who What Wix are available to stream at the link above. The show is also listed on the iTunes Store.